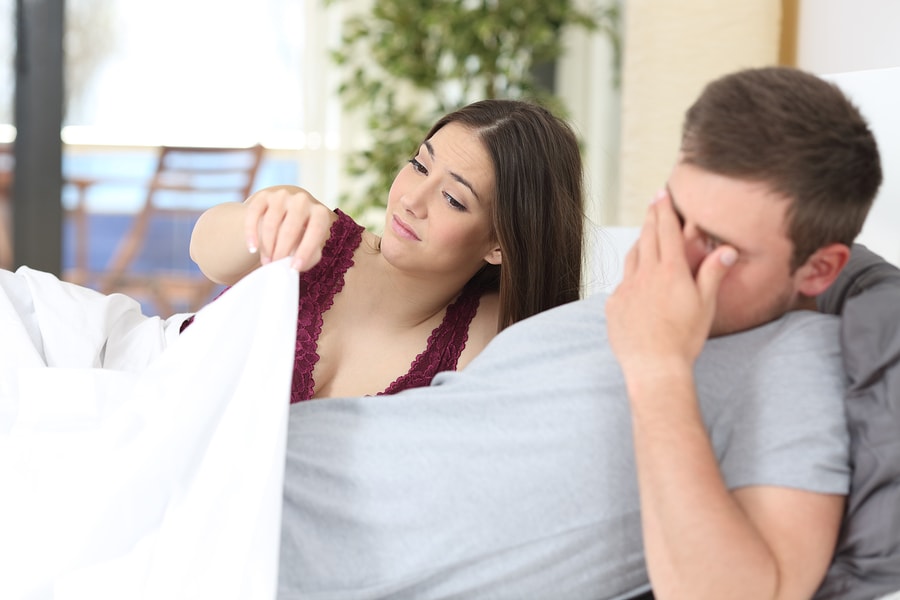 Yohimbine is a supplement known for its use to treat erectile dysfunction and help with weight loss. However, yohimbine also has multiple potential side effects and should be taken with caution. Read on to discover its health benefits and side effects.

Yohimbe (Pausinystalia yohimbe) is the name of an evergreen tree native to western and central Africa. The bark of the tree contains an active compound called yohimbine. Yohimbe bark was traditionally used as an aphrodisiac.

In the United States, yohimbine has been developed into a prescription drug for erectile dysfunction. In this form, it is more commonly known as yohimbine hydrochloride and has been widely used, especially before the development of viagra [1].

Yohimbine hydrochloride can also be found as an over-the-counter supplement.

Benefits and Uses of Yohimbine

A study in 82 patients with erectile dysfunction found that one month of yohimbine improved erections in 28 patients [5].

A combination of yohimbine and L-arginine was safe and effective for the treatment of mild to moderate erectile dysfunction in 40 male patients [6].

Although yohimbine is sometimes prescribed for erectile dysfunction, it has largely been replaced by safer, more effective drugs such as Viagra, Cialis, Levitra, and Stendra.

A study in 20 athletes showed that daily yohimbine supplementation reduced body fat levels from 9.3 to 7.1% [8].

Although promising, the evidence to support the use of yohimbine in weight loss comes from a few small clinical trials and a study in mice. Larger, more robust clinical trials are needed to confirm these preliminary results.

Fear extinction is a form of therapy that helps get rid of the fear of certain objects, animals, or people [13].

Several studies (both in animals and humans) have found that yohimbine may help fear extinction by increasing norepinephrine levels [14, 15, 16, 17].

Again, the results are promising but insufficient to claim that yohimbine improves fear and social anxiety. Further clinical research is required.

Several clinical trials found that yohimbine reduces blood clotting by blocking alpha-2 adrenoceptors and converting epinephrine to norepinephrine. Because they were all small, their results cannot be considered conclusive until larger, more robust trials are conducted [20, 21, 22].

In a study on 50 diabetic patients, yohimbine helped with blood sugar control by increasing insulin levels [23].

However, a single clinical trial and a study in rats cannot be considered conclusive evidence that yohimbine improves type 2 diabetes. More clinical trials on larger populations are needed.

However, one study showed that yohimbine reduced working memory in rats [26].

Again, the evidence to support this potential health benefit only comes from a small clinical trial. Further clinical research is needed to confirm these preliminary findings.

Xerostomia, also known as dry mouth syndrome, is caused by a decrease in the amount of saliva produced.

Yohimbine may help with dry mouth by increasing acetylcholine. This neurotransmitter increases saliva production and is controlled by alpha-2-adrenoceptors. People with xerostomia often suffer from a lack of acetylcholine [29, 27, 30].

Again, the results are promising but the evidence is based on too few studies to consider it conclusive. Further clinical research on larger populations is required to confirm them.

In one study, yohimbine (.18 mg/lb) reduced pain in a finger pressure test in 24 people with chronic back pain. However, it only reduced pain in those with low blood pressure and was ineffective in 32 healthy subjects [31].

Additional, more robust clinical research is needed to shed some light on the effects of yohimbine on pain.

In 24 university students, yohimbine improved performance on a math task. However, the number of errors was increased [33].

A single clinical trial with a small number of participants is clearly insufficient evidence to support the use of yohimbine as a cognitive enhancer. Further clinical research is required.

No clinical evidence supports the use of yohimbine for any of the conditions listed in this section. Below is a summary of the existing animal research, which should guide further investigational efforts. However, the studies listed should not be interpreted as supportive of any health benefit.

Yohimbine in Combination with Other Compounds

Polycystic ovary syndrome is a group of symptoms that occur in women who have excessive levels of androgens (male hormones).

Yohimbine combined with naloxone (a drug that treats opioid overdose) improved symptoms of PCOS in rabbits [36].

Sepsis is a condition in which tissues are harmed during the body’s response to infection.

Although yohimbine supplements are commercially available, they have not been approved by the FDA for medical use due to the lack of solid clinical research. Regulations set manufacturing standards for supplements but don’t guarantee that they’re safe or effective. Speak with your doctor before supplementing with yohimbine.

The amount of yohimbine in many products are unknown because they are often labeled incorrectly. A study on 49 yohimbine supplements found that only 2 provided accurate labeling and information [38].

Of the products that listed inaccurate quantities, actual doses ranged from 23% to 147% of the stated amount.

Because yohimbine is not approved by the FDA for any conditions, there is no official dose. Users and supplement manufacturers have established unofficial doses based on their experience.

Studies looking at erectile dysfunction have used as much as 42 mg/day [5].

For fat loss, up to 20 mg divided into 2 daily doses has shown to be effective in clinical trials [8].

Users recommend to supplement yohimbine before or with meals since it can cause insulin levels to significantly increase [40].

Risks and Side Effects

Even at the recommended dosage (5.4 mg 3x/day), multiple side effects have been reported. Seek immediate medical attention if you experience severe or mild, persisting adverse effects after taking yohimbine.

Common side effects of yohimbine are:

Because yohimbine reduces clotting, it should be avoided by hemophiliacs and those who have recently undergone surgery. Blood thinners such as aspirin, warfarin, and heparin should not be taken with yohimbine [20, 21, 22].

Yohimbine should not be taken with drugs that increase blood pressure and heart rate such as tricyclic antidepressants [47].

The opinions expressed in this section are solely those of yohimbine users, who may or may not have medical or scientific training. Their reviews do not represent the opinions of SelfHacked. SelfHacked does not endorse any specific product, service, or treatment.

One user stated that 3 – 4 mg of yohimbine improved sexual performance, but resulted in anxiety attacks.

Another user reported excessive sweating and an increased heart rate of around 150 beats per minute approximately 2 hours after taking yohimbine.

One user lost 17 lbs after taking yohimbine for two weeks, but experienced fever, difficulty sleeping, and a decrease in physical stamina.

Fight Illness by Keeping Your Body in Shape

Keeping your body healthy is extremely important. SelfDecode gives you genetic-based diet, lifestyle, and supplement tips that can help improve your health and fitness. The recommendations are personalized based on YOUR DNA.