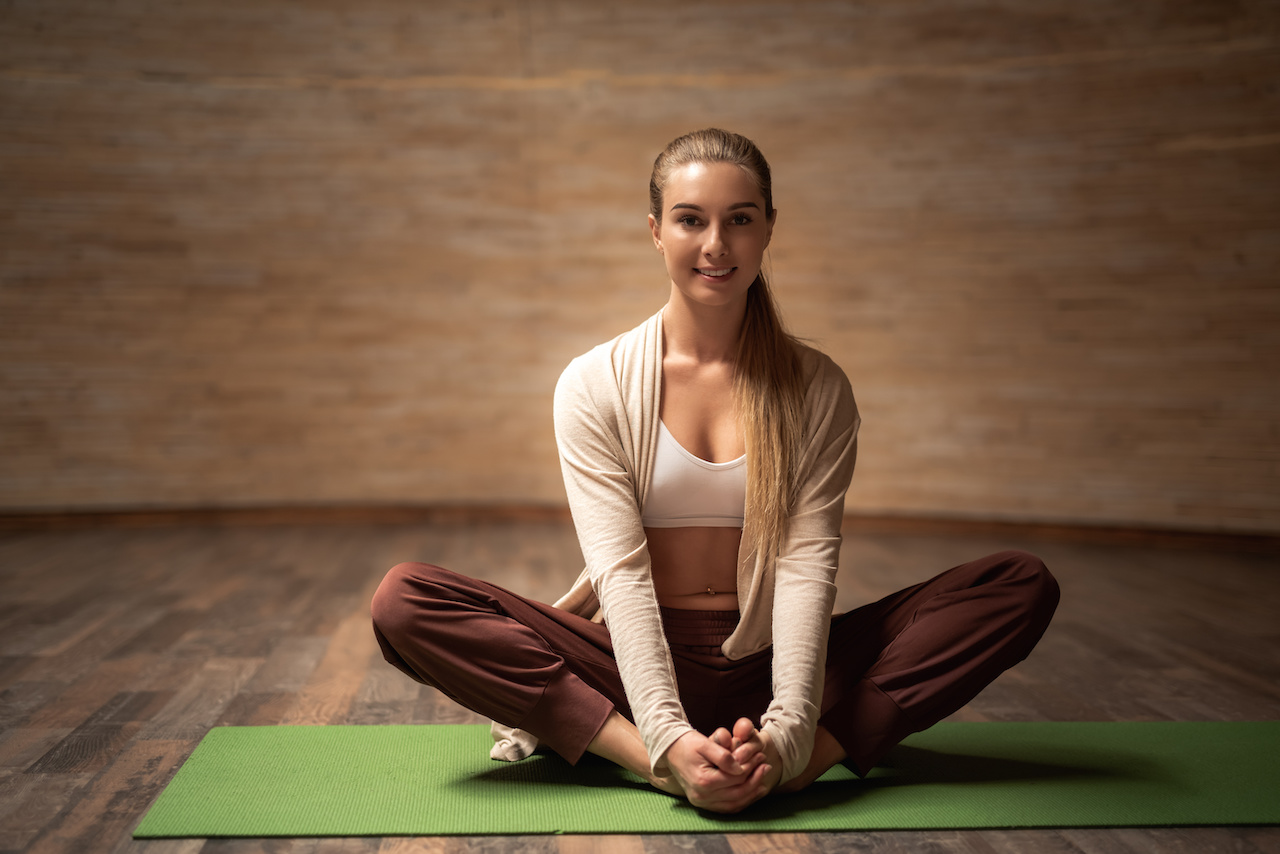 More and more people are using CBD oil for depression and some report good results. Animal research reveals it gives birth to new brain cells and increases serotonin activity in the brain. Should we add mood enhancement to the list of CBD oil benefits? Continue reading to find out.

CBD Oil for Depression: Does It Work?

Although CBD oil is only approved by the FDA for reducing epileptic seizures, more and more people take CBD oil for other investigational, non-proven uses [1].

Right after relieving chronic pain and anxiety, the third most common use of CBD oil is to improve depression. In a survey on 1,500 medical CBD users, almost a third reported suffering from depression. Of these, 62% felt that CBD worked “very well by itself” [2].

Similarly, out of 12,000 medical cannabis users, half perceived cannabis reduced their depressive symptoms. Here’s the interesting part: those smoking CBD-rich varieties were most likely to experience improvement [3].

These preliminary data suggest that CBD improves depression. But what does the science say? Let’s look at the research in detail to figure it out.

CBD activates the 5HT1A receptors for serotonin, popularly known as the “happiness neurotransmitter” [4].

According to the “serotonin hypothesis,” low serotonin activity in the brain causes depression. Indeed, most antidepressant drugs increase serotonin. SSRIs, for example, prevent its removal from synapses, the clefts brain cells use to communicate via neurotransmitters [5, 6+].

In mice, CBD worked similarly to antidepressant drugs that block serotonin removal and even enhanced their effects. It quickly increased serotonin and glutamate levels in the prefrontal cortex, the brain’s hub for thinking and making sense of emotions. 5HT1A blockers prevented these effects, which suggests that activating 5HT1A improves mood [7, 8, 9, 10].

CBD oil may improve mood by increasing serotonin activity in the brain.

The endocannabinoid system is made up of two receptors: CB1 and CB2. The cannabinoids naturally produced in the body, such as the “bliss molecule” anandamide, bind to and activate them. Though CBD blocks CB receptors, it increases anandamide by preventing its breakdown [11+, 12, 13, 14, 15, 16].

In animal studies, anandamide reduced depressive symptoms by activating both the endocannabinoid and serotonin pathways. Blocking the enzyme that breaks anandamide down (FAAH), which is what CBD does, had the same effect [17, 18, 19, 20, 21].

BDNF is a protein that promotes the birth, development, and regeneration of brain cells. People with depression often have low levels of this protein in the prefrontal cortex and hippocampus (a hub for memory and emotions) [22].

In depressed mice, CBD increased BDNF and strengthened the connections between three brain regions that affect thinking, emotions, and fear memory (prefrontal cortex, hippocampus, and amygdala). In contrast, it reduced the animals’ depression [23, 24+, 25].

With time, depression probably shrinks the hippocampus. CBD promoted the birth of new brain cells or neurogenesis in the hippocampus of chronically-stressed mice, which likely adds to its mood-enhancing effect [26, 27].

CBD oil may improve mood by increasing the growth of new cells and connections in the brain.

When Does It Work?

CBD (oral, IV, and injected into the brain) improved mood in chronically-stressed mice. It worked at both low and high doses, one-time or repeated. The effects were quick, sustained, and comparable to those of an antidepressant drug (imipramine) [28, 8, 29, 9, 23, 30, 25].

Similarly, CBD reduced depressive behavior in rats with a genetic tendency to depression [31, 32, 33, 24+].

CBD also reduced depression – as well as anxiety, aggressiveness, and antisocial behavior – in mice with nerve pain from brain injury [34].

Chronic pain and anxiety cause constant stress and discomfort that often leads to depression [36+, 37+].

In a small trial, different cannabinoid preparations (CBD, THC, and a mixture of both) reduced depressive symptoms in 14 out of 24 people. However, the combination of CBD and THC worked better for most people, probably because THC is a stronger painkiller [38].

Similarly, medical marijuana improved depression and reduced the use of antidepressant medication in another trial on 11 people with chronic pain, anxiety, and sleep disturbances. Unfortunately, this study used different strains and didn’t measure the CBD and THC levels of each one [39].

The evidence to support the benefits of CBD oil in depression due to chronic diseases is clearly insufficient. Further clinical research testing CBD alone is needed.

Cannabis may improve mood in people with chronic diseases, but the evidence for CBD oil is not in yet – clinical studies are still underway.

Depression from THC Use

Two meta-analyses of 25 articles associated heavy cannabis use, especially during adolescence and young adulthood, with an increased risk of depression and bipolar disorder [40, 41].

THC seems to be driving this effect. In an observational study on 120 cannabis smokers, those using THC-rich varieties suffered from depression more frequently [42].

In turn, CBD reverts some negative effects of THC. In a clinical trial on 20 frequent cannabis smokers, oral CBD reduced depression and other psychological symptoms. It also restored the size of two brain regions damaged by heavy cannabis use and linked with anxiety and depression (hippocampal subiculum and CA1) [43, 44].

Again, the evidence to claim that CBD helps with depression derived from THC abuse is insufficient. Larger, more robust clinical trials should confirm this preliminary finding.

CBD oil may reduce the risk of depression in people who frequently smoke THC-rich cannabis strains, but further research is needed.

So far, only 3 human studies have been carried out. Of these, only one tested CBD alone while the other two used extracts or cannabis strains combining varying amounts of CBD and THC. Animal research with CBD alone is promising, but clinical trials have yet to determine if this compound is helpful for depression or not.

Because CBD oil is not approved for depression, there is no official dose for this condition. Users and supplement manufacturers have established unofficial doses based on their experience.

In the only clinical trial using CBD alone, 200 mg/day taken for 10 weeks reduced depression and other psychological symptoms of heavy THC use [43].

Manufacturers and natural health blogs recommend starting with a low dose (5-10 mg/day) and gradually increasing it until you achieve the desired effects. The right dose will depend on factors such as your body weight, tolerance to CBD, and type of depression.

Importantly, don’t use CBD oil (or other unproven therapies) for depression without consulting it with your doctor beforehand. He or she may evaluate if it may help in your case and help you establish the best dose and delivery method.

Your form of choice may depend on your type of depression [45+]:

The opinions expressed in this section are solely those of CBD oil users who may or may not have medical or scientific training. Their reviews do not represent the opinions of SelfHacked. SelfHacked does not endorse any specific product, service, or treatment.

Commercial CBD oils were normally marketed as multi-purpose products for depression, anxiety, and pain. Most users taking it for depression were satisfied. Many reported additional benefits for sleep and anxiety. Alternatively, some users took CBD oil mainly for chronic pain or anxiety and reported it also improved their low mood.

In some cases, the users complained that the oil didn’t work for them. One even experienced mood worsening at high doses. Very few reported side effects such as drowsiness, fatigue, and dry mouth. Depending on the brand and form of supplementation, most negative reviews were due to its high price, issues with the packaging, poor customer service, and weird taste.

CBD oil may improve mood by increasing serotonin, your “happiness neurotransmitter,” and anandamide, your natural cannabinoid bliss molecule. CBD may also help the brain grow new neurons and connections, which is usually beneficial for emotional balance and mental health.

Many people swear by CBD oil for depression, but the clinical evidence to back up its use is weak.

CBD oil may improve mood in people who regularly smoke cannabis strains high in THC; it may also help people with anxiety. On the other hand, people with depression from chronic pain are likely to benefit more from THC-containing strains.