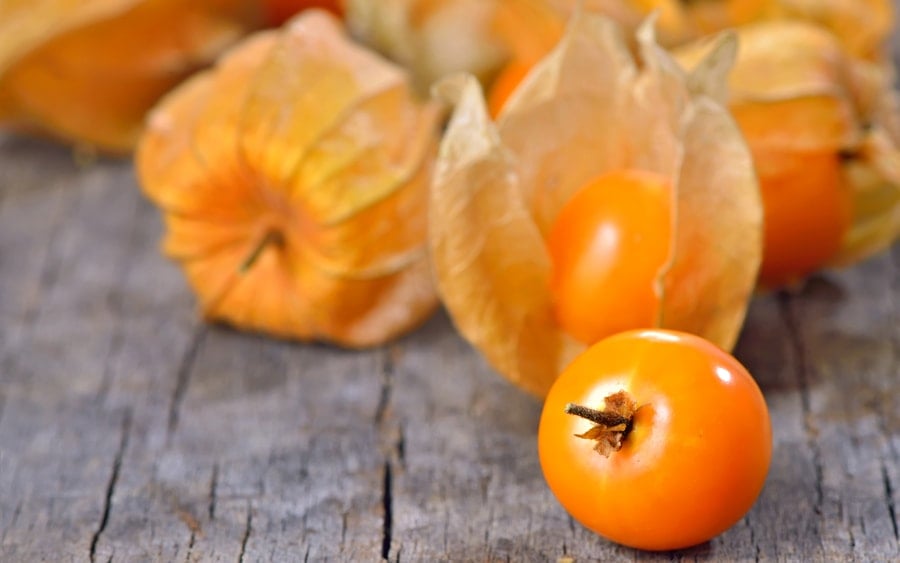 With its golden hue and tomato-like appearance, the goldenberry is eaten as a snack in some regions. There is evidence that this fruit may have some potential health benefits as well. Read on to learn about the potential benefits and side effects of goldenberries.

Goldenberries, also known as Physalis periviana, or cape gooseberry, is a fruit that closely resembles the tomatillo [1].

Goldenberries originate from the Andes but are also currently grown in places like California, Taiwan, India, and Great Britain. This fruit is commonly eaten fresh or dried. They can also be made into jams, chutneys, and puddings [1].

Research suggests that the components inside goldenberries have antioxidant activity [1].

Animal studies show that goldenberries may also have an anti-inflammatory effect due to decreased inflammatory cytokines (IL-6, IL-10, and IL-1B) and COX-2 transmission.

No clinical evidence supports the use of goldenberries for any of the conditions listed in this section. Below is a summary of the existing animal and cell-based research, which should guide further investigational efforts. However, the studies listed below should not be interpreted as supportive of any health benefit.

Goldenberries contain high amounts of withanolides and phenolics, components that may have strong antioxidant activity [3, 4].

Animal research suggests that this antioxidant activity can potentially help prevent oxidative damage to tissues in the body. The sections below detail some of the specific organs that may benefit, based on animal studies [5].

1) Protective Effects on the Liver and Kidneys

A study on rats found that goldenberry juice may protect the liver and kidneys against tissue scarring (also known as fibrosis) [6].

2) Protective Effects on the Lungs

In mice whose lungs are damaged by cigarette smoke, goldenberries decreased inflammatory cytokines (TNF-α and IL-6), and other inflammatory pathways (MCP-1 and ERK signaling) [7].

The same mouse study found that goldenberries may increase HO-1, an antioxidant enzyme, and Nrf2, a protein that helps release defense mechanisms against tissue damage [7].

3) Protective Effects on the Brain

A study of rat brain cells suggests that gooseberry juice may decrease tissue damage and neurotoxicity [8].

4) Protective Effects on the Eyes

Pterygium, also known as surfer’s eye, is a disease involving excessive growth on the cornea, which is linked to the growth of cells called fibroblasts. In a rabbit study, goldenberry juice helped prevent excessive eye tissue growth due to aging [9].

The calyx of the goldenberry, or the outer protective casing it grows in, may have anti-inflammatory properties. In a study of rat colon cells, goldenberry extract decreased inflammatory cytokines (IL-6, IL-10, and IL-1B) and COX-2 transmission [10].

Goldenberries have not been shown to treat or prevent cancer. The potential effect of goldenberries in cancer has only been studied in animals and cells.

It’s important to note that many substances have anti-cancer effects in cells, even toxic chemicals. This doesn’t necessarily mean that they have medical value. On the contrary, most substances (natural or synthetic) that are researched in cancer cells fail to pass further animal studies or clinical trials due to a lack of safety or efficacy.

With that in mind, researchers have found that a compound in goldenberries called 4beta-Hydrozywithanolide E may have anti-cancer properties. This effect has been studied in animals and cells on the following types of cancer:

Side Effects and Safety

There is some evidence that unripe fruits may be poisonous [11].

In a case study in Turkey, extensive use of goldenberries for weight loss may have been one of the reasons that caused bleeding in the brain and high blood pressure [15].

Based on animal studies, a very high dosage of goldenberries (specifically the leaves) may lead to toxicity of the gut, potentially leading to vomiting, headaches, and in rare cases, death. A guinea pig study focused on solanine, a component of goldenberries, and found that a dosage of 400 or 800 mg/kg dosage instead of the usual 100 mg/kg dosage led to toxicity [11].

A rat study found that an extremely high dosage of 5,000 mg/kg can cause heart damage [16].

Goldenberries have not been studied in strong clinical trials. The safety and effectiveness of this fruit for use in humans is unknown.

Goldenberries are often sold in dried fruit form, and are also sold under the name of “Incan berries.”

There is currently insufficient evidence to determine what a safe and effective supplementation dose of goldenberries is.

3+ Promising Health Benefits of Tamarind + How to Eat It

What is Saffron Tea Good For? + Recipe & Uses