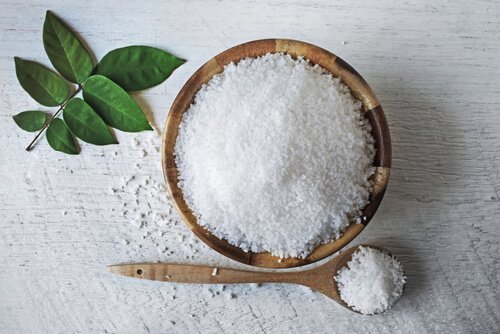 Salt has a bad reputation among health-conscious people, but the picture isn’t black and white. The truth about whether salt is good or bad depends on the individual. Some people need more, while others need less. Read on to learn the official recommendations and the risks of both high & low salt intake.

People tend to think that a food component is either good or bad, while most of the time the truth is somewhere in between.

Anytime there’s a controversy or a mix of opinions, the good/bad paradigm is usually flawed.

Something can be good in one way and bad in another.

The reason we think in these terms is that it causes us cognitive strain (or ‘dissonance’) to believe something we’re doing can be both harmful and helpful. We want the benefits, but we don’t want the harm.

Salt is one of those things that have no clear answers but is dependent on the person and dose.

Just like with saturated fat and the controversies surrounding it, people tend to swing between the extremes when it comes to salt, instead of finding the right balance.

How Much Salt Do We Consume?

Salt consists of sodium (40%) and chloride (60%), both essential nutrients needed by your body to function.

It is estimated that salt intake in paleolithic times was less than 1 g/day [3], much less than our 9.6 g/day in the average American diet [1].

In fact, an article in the Journal of Cancer Detection and Prevention observes that from Paleolithic to modern times, man’s intake of potassium has significantly decreased, while sodium has significantly increased. The Sodium/Potassium ratio has been reduced by about 20X [4].

Where does our salt come from?

In normal, everyday measurements, that would mean aiming for less than 1 teaspoon of salt per day.

The Bad: Potential Problems With Too Much Salt

Health professionals worldwide recommend restricting your sodium intake because it increases blood pressure, which is one of the strongest risk factors for heart disease and stroke [8, 9].

A 2013 Cochrane review found that in people with high blood pressure, reducing salt lowers blood pressure by 5.4 points systolic and 2.8 points diastolic. Individuals with normal blood pressure show a reduction of 2.4 and 1.0 [10].

One study found that lowering sodium intake was more effective at reducing blood pressure in Black and Asian patients than in Whites [11].

On the other hand, restricting salt may not have direct effects on the risk of death or cardiovascular disease, even in people diagnosed with high blood pressure [12, 13].

One concern with excess salt is that it can raise the risk of autoimmune disease by increasing Th17-related inflammation [14].

Salt-induced inflammation has been found to be a factor in worsening hypertension-related tissue damage [15], congestive heart failure [16], and asthma [17].

Excess salt can raise aldosterone, which is implicated in many chronic diseases and can contribute to inflammation [18, 19].

However, one found no association between higher sodium intake and systemic inflammation [22].

High salt intake may cause you to consume more calories (11% more) than you would otherwise [23].

Additionally, it made no difference whether the volunteers ate the standard Western diet or the DASH (Dietary Approaches to Stop Hypertension) diet [24].

However, it could be the effect of other components in those foods; these studies do not show causation.

In an animal study, a high salt diet led to a significant decrease in the naturally occurring antioxidants and marked an increase of damaging free radicals in the memory center of the brain [25].

In a rat study, older rats who were put on a high salt diet had a significant worsening of blood pressure levels, memory, anxiety, and overall cognitive health [26].

Those who are prone to kidney stones may need to reduce their salt intake, as high sodium excretion also leads to a higher level of calcium excretion in the urine [27].

Again, evidence on this topic is mixed, but it has been demonstrated that if you consume excess sodium, you lose more sodium and calcium in the urine [27].

Subjects who consumed the most sodium tended to lose the most calcium in the urine. Higher calcium excretion may lead to kidney stone formation, particularly if fluid intake is inadequate [28].

Because of this increased calcium excretion with higher sodium intake, those with osteoporosis may benefit from a lower salt intake as well, but there’s no solid clinical evidence to back this up.

A comprehensive meta-analysis detected a strong link between total salt intake (and salt-rich foods) and the risk of stomach cancer in the general population [29].

These studies show an association and it doesn’t necessarily mean that salt is the problem. Controlled clinical trials are needed to verify these findings.

An observational study performed in Australia found a clear association between high sodium intake and the occurrence of cataracts, a condition of cloudy vision associated with aging [30].

In a study of 97 patients, high sodium intake worsened sleep apnea if high blood pressure and high aldosterone were present [32].

The Good: Potential Problems With Too Little Salt

A study published in the American Journal of Hypertension found that a low-sodium diet raised LDL by 4.6% and triglycerides by 5.9% [33].

Sodium urinary excretion of under 3 g per day was associated with an increased risk of death and hospitalization due to heart disease in a large observational trial of nearly 30K participants [34].

In a study published in the Metabolism Journal, just one week on a low sodium diet caused the onset of insulin resistance in a group of healthy volunteers (35).

In 638 Type II diabetics, restricting salt raised the risk of death from all causes, including cardiovascular disease [36].

In athletes, a lower intake of sodium combined with a higher intake of water can cause hyponatremia (unnaturally low salt levels), which can lead to headaches, muscle cramps/weakness, or even seizures when severe [37].

The bottom line is that salt is neither good nor bad per se. The optimal intake will depend on health conditions and many other factors.

Of course, it’s recommended to consult with your doctor, especially if you have high blood pressure or other chronic conditions.

In some cases, more or less salt may be better for you.

7 Curious Kumquat Benefits + Nutrition & How To Eat It