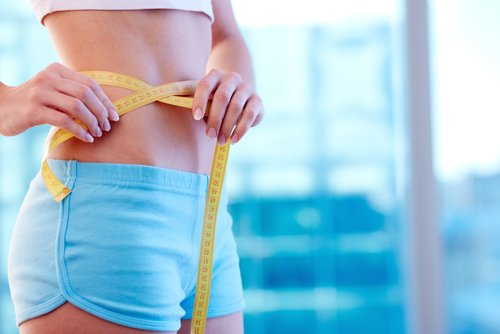 L. gasseri is a probiotic that recently gained in popularity due to reports of weight loss and decreased blood sugar. Which of its potential benefits are backed up by science? Read on to find out.

What is Lactobacillus gasseri?

Lactobacillus gasseri is a lactic acid bacteria that is being investigated for various potential health benefits because of its antimicrobial activity, bacteriocin production, and purported modulation of the innate and adaptive immune systems [1].

L. gasseri probiotic supplements have not been approved by the FDA for medical use. Supplements generally lack solid clinical research. Regulations set manufacturing standards for them but don’t guarantee that they’re safe or effective. Speak with your doctor before supplementing.

L. gasseri significantly decreased BMI, abdominal visceral fat, waist and hip circumferences, and body fat mass in 210 healthy Japanese adults, with an 8.5% decline in abdominal fat area over twelve weeks. However, the authors warned that constant consumption of this probiotic may be required to maintain this effect [2].

Despite there being no change in behavior or diet, administration of L. gasseri modestly reduced weight and waist and hip circumference in obese and overweight adults [3].

L. gasseri prevented the enlargement of fat cells and an increase in abdominal fat volume in rats, mice, and humans [10, 11, 12].

Researchers are currently investigating whether L. gasseri has other health benefits. The potential benefits in this section have produced positive results in at least one clinical trial, but these studies are small, contradictory, or otherwise limited. Talk to your doctor before supplementing with L. gasseri for any reason.

L. gasseri increased IgA levels in breast milk and reduces the incidence of diarrhea in mouse pups with rotavirus infection [26].

A 4-week treatment with L. gasseri -containing yogurt improved the efficacy of triple therapy in patients with H. pylori infection [31].

L. gasseri significantly reduced the rate of both H. pylori and H. suis infections in mice [33, 34].

L. gasseri ingestion prevented the reduction of natural killer (NK) cell activity due to strenuous exercise and elevated mood from a depressed state in university-student athletes [39].

L. gasseri inhibited the growth of endometrial tissue in the abdominal cavity in mice and rats [41].

No clinical evidence supports the use of L. gasseri probiotics for any of the conditions listed in this section. Below is a summary of the existing animal and cell-based research, which should guide further investigational efforts. However, the studies listed below should not be interpreted as supportive of any health benefit.

L. gasseri prevented high-fat-diet-induced inflammation and lowered the ratio of inflammatory-type macrophages to anti-inflammatory ones in fat tissue of mice [10].

L. gasseri yogurt prevented proliferative and inflammatory changes in the stomach caused by C. albicans in mucosal candidiasis in rats [45].

Researchers have conducted a number of cell and animal studies to investigate the effect of L. gasseri on a biochemical level. Here are some of their findings:

Probiotics are generally considered safe. However, the use of probiotics should be avoided in patients with organ failure, immunocompromised status, and dysfunctional gut barrier mechanisms. To prevent adverse side effects, talk to your doctor before starting a new probiotic supplement.