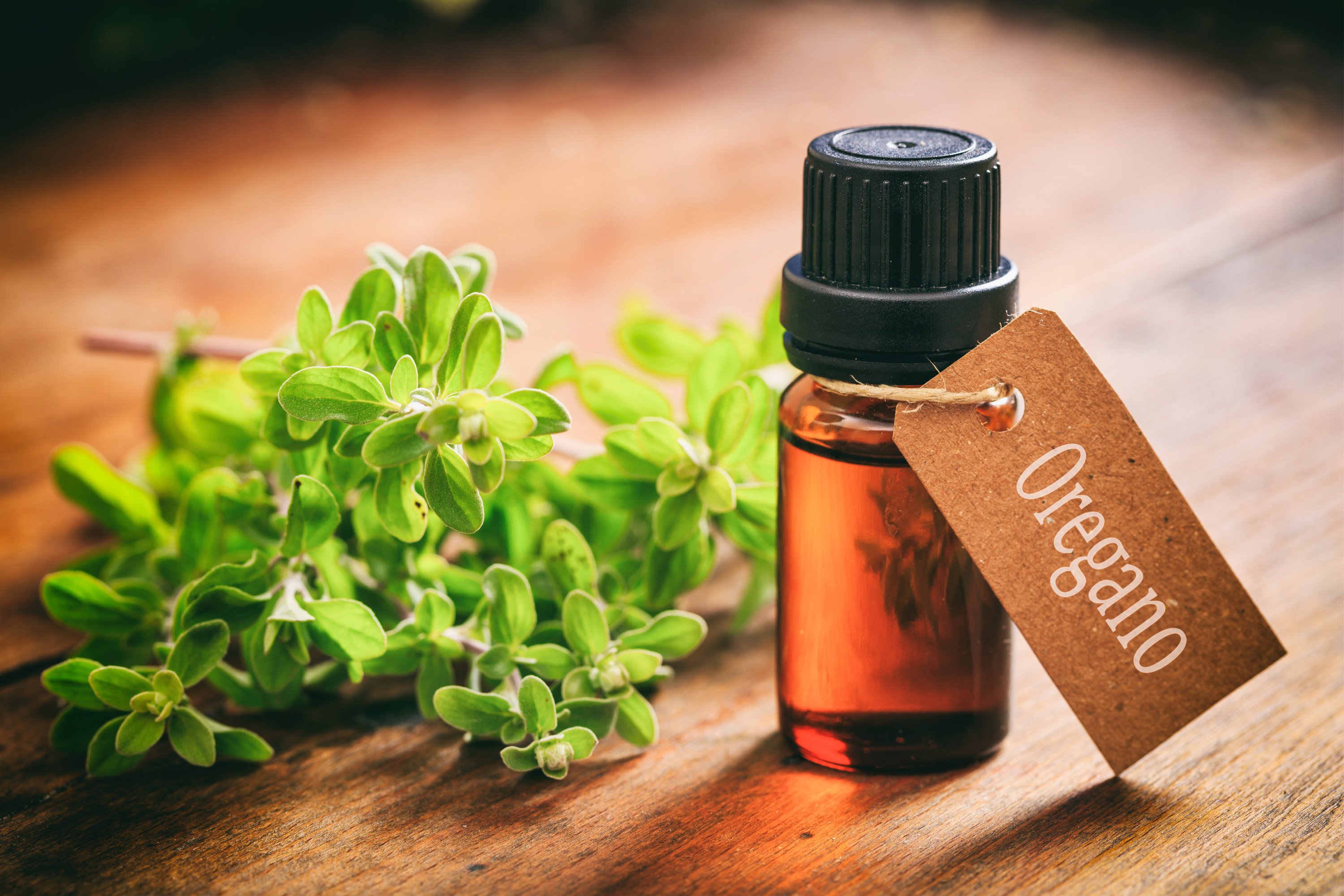 Rich in such substances, oregano and especially its essential oil is endowed with strong antimicrobial and antioxidant characteristics that constitute the basis of its use in medicine. Read on to learn more about this herb.

Oregano is a common name for several species of herbs in the Origanum genus and is part of the mint family. The most common species sold in groceries and health stores is Origanum vulgare [1].

Besides being a culinary herb in many dishes, oregano also possesses potential medicinal properties. A wide variety of substances are present in oregano essential oil, with some of the most common and medicinally active being polyphenols, carvacrol, and thymol [2, 3].

The following purported benefits are only supported by limited, low-quality clinical studies and animal and cell-based research. There is insufficient evidence to support the use of oregano for any of the below-listed uses. Remember to speak with a doctor before using oregano for these conditions. Oregano should never be used as a replacement for approved medical therapies.

Oregano is very rich in plant-based antioxidants and even small doses (1 g/day) can provide a significant amount of these compounds. The most important antioxidant compounds are polyphenols such as rosmarinic acid and derivatives of caffeic and p-coumaric acid [4, 2, 5].

In a clinical trial on 48 people with mildly high blood fat levels, taking oregano extract after meals increased the activity of two antioxidant enzymes (PON1 and ARE) [6].

Consuming fruit juice enriched with 300-600 mg phenolic compounds from oregano extract markedly improved the flushing of these compounds with urine, indicating high bioavailability, in a clinical trial on 45 healthy smokers. However, the juice had no effect on their antioxidant status (measured as biomarkers of cell fat oxidation) [7].

Bread containing oregano did reduce a marker of oxidative stress (ICAM-1) in another trial on 20 healthy smokers. However, the bread also contained other antioxidant ingredients such as green tea, tomato paste, and other herbs [8].

Although the abundance of antioxidant compounds in oregano is proven, there is insufficient evidence to claim that it improves antioxidant status in humans because only 3 clinical trials (one with very modest results and one testing oregano in combination with other compounds) have been carried out. Further clinical research is needed to shed some light on this potential health benefit

All in all, two clinical trials (one of which tested oregano in combination with multiple spices) cannot be considered sufficient evidence that oregano improves blood flat profile. More robust clinical trials testing oregano alone are needed.

In a clinical trial on 40 people recovering from surgical wounds, an ointment with 3% oregano oil reduced the contamination of the wounds with Staphylococcus aureus and improved scar coloring and pliability over a course of 90 days [10].

Although the results are promising, only one clinical trial supports the use of oregano for wound healing. Further clinical research is needed to validate this preliminary finding.

In a small trial on 14 people infected with three parasites that cause digestive issues (Blastocystis hominis, Entamoeba hartmanni and Endolimax nana), supplementation with oregano oil caused the parasites to disappear completely in most cases and improved the symptoms in the rest [11].

The oral administration of oregano extract reduced the formation of stomach ulcers in mice subjected to cold and restraint stress [12].

In mice with toxin-induced colitis, a treatment combining the essential oils of thyme and oregano essential oils reduced bowel damage and mortality, sped up recovery and weight gain, and decreased the production of two pro-inflammatory cytokines (IL-1beta and IL-6) [14].

To sum up, only a small clinical trial and some animal and cell-based research attest to the benefits of oregano to gut health. More clinical trials on larger populations are needed to determine its potential therapeutic use.

No clinical evidence supports the use of oregano for any of the conditions listed in this section. Below is a summary of the existing animal and cell-based research, which should guide further investigational efforts. However, the studies should not be interpreted as supportive of any health benefit.

Among the compounds found in oregano, thymol and carvacrol have the strongest antimicrobial activity [3, 15, 16].

Oregano essential oil inhibited the growth of common foodborne microorganisms such as E. coli and Salmonella on fresh lettuce, suggesting it may be safely and effectively used as an antimicrobial control strategy [19].

Oregano extract inhibited a microbe that may cause antibiotic-resistant infections (methicillin-resistant Staphylococcus aureus -MRSA-) in test tubes. In the same study, an ointment with 20% oregano inhibited two bacterial species that may cause urinary tract and hospital-acquired infections (Proteus mirabilis and Proteus vulgaris) [20].

The essential oil efficiently inhibited the growth of Candida albicans strains, both susceptible and resistant to the antifungal drug fluconazole [21].

The antimicrobial effectiveness of oregano oil may be significantly increased when used in combination with silver nanoparticles. This combination quickly killed a wide range of bacteria (even antibiotic-resistant strains) in test tubes, with certain species killed in as little as 20 minutes [22].

In addition to improving the condition, a treatment combining the essential oils of thyme and oregano essential oils reduced the production of two pro-inflammatory cytokines (IL-1beta and IL-6) in mice with toxin-induced colitis [14].

Because oregano is not approved by the FDA for any condition, there is no official dose. Users and supplement manufacturers have established unofficial doses based on trial and error. Discuss with your doctor if oregano may be useful as a complementary approach in your case and which dose you should take.

The recommended dosage of oregano/its essential oil varies. As mentioned before, roughly 1 g/day may be sufficient to provide a significant amount of antioxidants [25].

The doses used in clinical trials were:

Keep in mind that the safety profile of oregano is relatively unknown, given the lack of well-designed clinical studies. The list of side effects below is not a definite one and you should consult your doctor about other potential side effects based on your health condition and possible drug or supplement interactions.

Oregano is generally safe when consumed in normal food doses. Similarly, there are no health risks associated with oregano extract or oregano essential oil at normal doses. However, some studies found that plant-based oils can be toxic at very high doses [27].

Foods
4.4
9
Purported Benefits of Purple Sweet Potato + Recipe!
Supplements (other)
2
How Long Does it Take for CBD Oil to Work?
Natural Substances
2
All About Glucose, Diabetes, & Health Effects of High/Low Levels