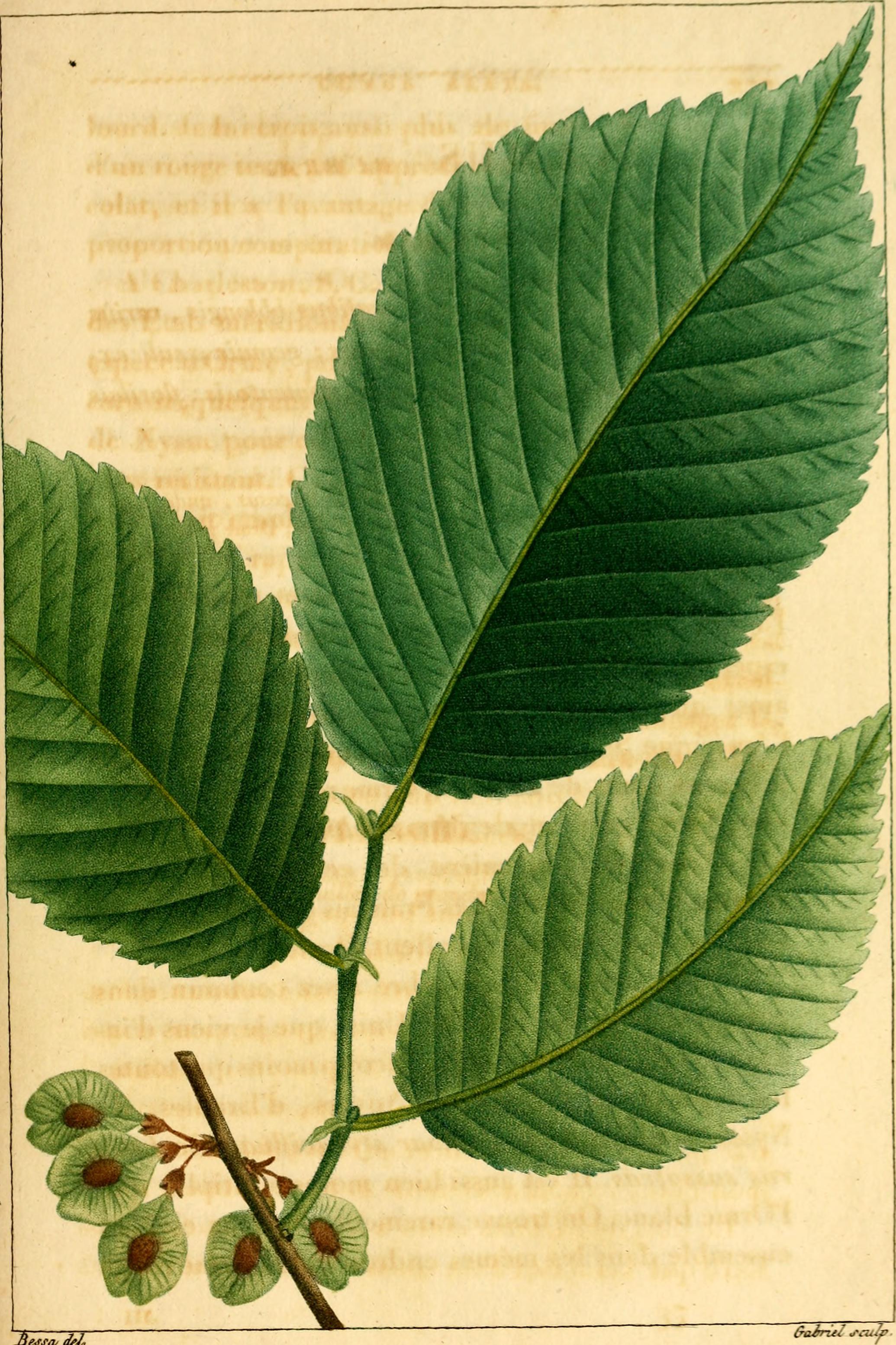 Native Americans cherished and used the bark of slippery elm for thousands of years in traditional medicine. It was taken to relieve sore throats, stomach and bowel inflammation, to heal wounds, urinary tract infections, and even cancer. Read on to find out if you should be using slippery elm, especially if you have IBS or IBD, and what health benefits are supported by science.

What Is Slippery Elm?

Ulmus rubra, commonly known as slippery elm or moose elm, is a deciduous red tree native to North America and Canada. The tree can grow up to 25 m and its inner bark has a reddish-yellow or reddish-brown color [1].

Slippery elm got its name because its inner bark feels slippery when chewed or mixed with water. The inner bark contains mucilage, a slime-like substance that turns into a gel when it comes in contact with water. Mucilage is a mix of polysaccharides with many medicinal properties [2, 1].

Slippery elm was used by the Native Americans for many purposes, including building canoes and making fire, but also for promoting health. Traditionally, the inner bark of slippery elm has been used as a natural remedy for [1, 3, 4, 5]:

However, these potential health benefits have been insufficiently investigated.

The potential benefits of slippery elm are difficult to fully assess, given the lack of clinical studies. However, limited evidence suggests that slippery elm can help with irritable bowel syndrome (IBS), inflammation, and weight loss [6, 7, 8].

Slippery elm contains mucilage. Mucilage is a substance made from polysaccharides. When mucilage comes in contact with water, it swells up and becomes a gel. This gel has been reported to help soothe dry or inflamed skin, such as in psoriasis. Mucilage can also heal injuries and wounds, soothe a dry throat, and reduce throat inflammation [8, 14, 15, 16].

Slippery elm may help with digestive health problems, since:

Slippery elm may fight inflammation and cancer by:

The following purported benefits are only supported by a single clinical trial on a small population. There is insufficient evidence to support the use of slippery elm for any of the below-listed uses. Remember to speak with a doctor before taking slippery elm supplements and never use them as a replacement for approved medical therapies.

Irritable bowel syndrome (IBS) is a chronic disorder that impacts the stomach and intestines. Symptoms include diarrhea or constipation (usually one will be dominant), straining, stomach pains, and bloating [25, 26, 27].

Slippery elm seems to be a better option for people with constipation IBS, as it can increase bowel movements. In people with diarrhea IBS, it may reduce some symptoms but may worsen diarrhea.

In a clinical trial on 10 people with constipation IBS, 14 g/day of slippery elm together with other anti-constipation herbs (lactulose, oat bran, and licorice root) for 5 weeks [6]:

In a clinical trial on 21 people with diarrhea IBS, 9 g/day of slippery elm for 5 weeks together with other herbs (dried bilberries, cinnamon, and agrimony) [6]:

However, it didn’t help with diarrhea. On the contrary, it increased the frequency of bowel movements by 9%.

Throat Coat is a herbal medicine made from slippery elm, licorice root, and marshmallow root [16].

In a clinical trial with 60 people with a sore throat, Throat coat reduced overall pain and the pain of swallowing faster and better than the placebo [16, 30].

In 49 healthy people, slippery elm together with antioxidant supplements and a vegan diet decreased weight, total, and LDL cholesterol after 21 days [32].

In a small trial on 12 healthy people, slippery elm increased gut bacteria that promote a healthy gut microbiome, such as Bifidobacterium, Lactobacillus, and Bacteroides species (which also protect against obesity) [33].

Despite the traditional use of slippery elm for these conditions in folk medicine, only a few case studies document their improvement with this remedy. Case studies can only be considered anecdotes with a much lower level of evidence than any clinical studies. Proper clinical research is needed to confirm this anecdotal evidence.

Psoriasis is a chronic, inflammatory skin condition that causes red patches and scales over the skin [34].

Since slippery elm contains mucilage, it can soothe dry skin, heal wounds, and could be helpful for people with psoriasis [8, 14].

In 5 people with psoriasis, slippery elm together with saffron tea and a special diet improved all psoriasis symptoms, such as redness, skin thickness, scaling, and the area of the affected skin [15].

Gastroesophageal reflux disease (GERD) is a digestive disorder that causes stomach contents to return back up into the esophagus. Symptoms include heartburn and a sensation of bitter-tasting acid in the throat or mouth (acid regurgitation) [35, 36, 37].

In 3 people with GERD, slippery elm together with other herbs and lifestyle changes (smoking and alcohol cessation) decreased the intensity and frequency of GERD symptoms [38, 39, 40].

Slippery elm together with multivitamins and a magnesium supplement reduced chronic migraines in a 23-year old female with GERD. Slippery elm may have helped more with acid reflux than with migraine, for which magnesium is known to be beneficial [40].

Further research on the benefits of slippery elm for migraines is needed to tease apart the effect.

No clinical evidence supports the use of slippery elm for any of the conditions listed in this section. Below is a summary of the existing animal and cell-based research, which should guide further investigational efforts. However, the studies listed should not be interpreted as supportive of any health benefit.

How may slippery elm help?

May alter the gut microbiota in IBD

Altered gut microbiota can cause IBD [42].

People with IBD have lower levels of health-promoting Bacteroides bacteria in the gut. Moreover, Lactobacillus spp. and Bifidobacterium spp. are given as probiotics to people with ulcerative colitis or Crohn’s disease [43, 44].

As previously mentioned, slippery elm can fight harmful bacteria that worsen bowel and stomach inflammation, such as Enterobacter, while increasing health-promoting bacteria, such as Bifidobacterium spp., Lactobacillus spp., and Bacteroides spp [33].

May fight inflammation in IBD

In a cell study, slippery elm blocked the release of oxygen radicals involved in ulcerative colitis [19].

Below, we will discuss some preliminary research on slippery elm’s anticancer activity. It’s mostly in the animal and cell stage and further clinical studies have yet to determine if its compounds are useful in cancer therapies.

Do not under any circumstances attempt to replace conventional cancer therapies with slippery elm or any other supplements. If you want to use it as a supportive measure, talk to your doctor to avoid any unexpected interactions.

Slippery elm inner bark also decreased the production of interleukin 8 (IL-8), a chemokine that can cause inflammation and cancer in cell-based studies [23, 24].

Essiac is a herbal mixture of slippery elm and burdock root, Indian rhubarb, and sheep sorrel. In cell studies, Essiac blocked the release of free radicals and reduced DNA damage. Essiac also blocked the growth of breast cancer cells. However, a study on over 500 women with breast cancer found this tea ineffective at improving mood and quality of life [50, 51, 52].

Slippery elm also blocked the production of interleukin 8 (IL-8), a cytokine that causes inflammation in cells [23, 24].

Slippery elm is a safe herbal supplement that can be given to cats and dogs for digestive problems such as constipation and bowel inflammation.

Slippery elm together with psyllium husks reduced the symptoms of hairballs (vomiting, retching, or coughing) in cats [54].

Studies about the benefits of the slippery elm are limited and many are reviews rather than clinical trials.

Furthermore, the few clinical trials that were carried out had a small number of participants, and some of their findings are debatable. In most of the clinical studies, slippery elm was only one component of the diet/therapy examined.

Further research on the benefits and side effects of slippery elm is needed.

Keep in mind that the safety profile of slippery elm is relatively unknown, given the scarcity of well-designed clinical studies. The list of side effects below is not a definite one, and you should consult your doctor about other potential side effects based on your health condition and possible drug or supplement interactions.

No serious side effects have been reported from taking slippery elm. It is well tolerated but may cause a skin rash or allergy [6, 55].

Pregnant or breastfeeding women should be cautious with slippery elm. Traditionally, it was believed to cause abortions or miscarriages. However, taking slippery elm as a powder or tea is probably not harmful. The risk comes only from using the bark vaginally [56, 57].

Supplement/Herb/Nutrient-drug interactions can be dangerous and, in rare cases, even life-threatening. Always consult your doctor before supplementing and let them know about all drugs and supplements you are using or considering.

Slippery elm contains mucilage, which can reduce the absorption of oral drugs and decrease their effectiveness. Therefore, you should take slippery elm at least one hour after taking an oral drug and consult your doctor or pharmacist about possible interactions with your prescription medication [58].

In rats, slippery elm together with other herbs (burdock root, sheep’s sorrel, and Chinese rhubarb) blocked the release of S1P1 (Sphingosine-1-phosphate receptor 1), a protein encoded in the S1P1 gene involved in leukemia [48, 49].

Forms of Supplementation and Dosage

Slippery elm, as an herbal supplement, is available in the form of tea, lozenges, capsules, and powder [4].

Because slippery elm is not approved by the FDA, there is no official dose. The lack of clinical trials implies that there is no proven dose for most conditions either. Additionally, none of the available supplements are standardized.

Despite these limitations, users and supplement manufacturers have established unofficial doses based on trial and error. As a rule of thumb, they consider the following [4]:

The opinions expressed in this section are solely those of slippery elm users, who may or may not have medical or scientific training. Their reviews do not represent the opinions of SelfHacked. SelfHacked does not endorse any specific product, service, or treatment.

Most users were happy with slippery elm. They reported it reduced the symptoms and promoted healing in cases of:

There are many supplements widely available but not standardized, so the time it takes for slippery elm to work varies greatly. However, users reported improvements after the first capsule or after the first powder dosage.

However, a few users experienced side effects and health disturbances, such as constipation, diarrhea, and skin allergies.