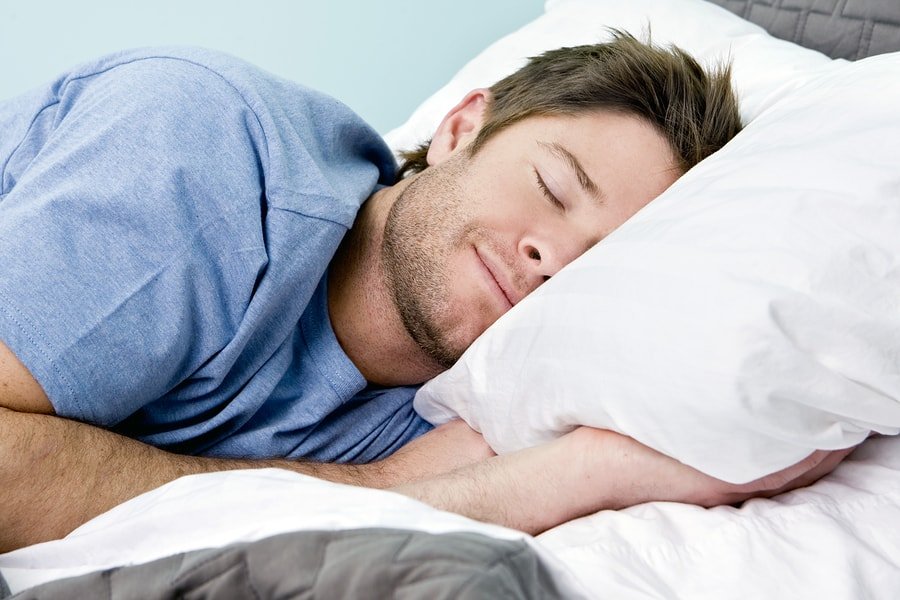 Tryptophan is an amino acid that produces serotonin, melatonin, and kynurenine. Supplementation may help with sleep quality, mental health, and PMS. However, there are important safety concerns and limitations. Read on to learn the benefits, food sources, and side effects of tryptophan.

Tryptophan is one of the 8 essential amino acids, meaning it is vital but cannot be produced by the body. Hence, tryptophan must be supplied from dietary sources [1].

L-tryptophan is the natural version of the amino acid and a building block of protein in the body.

In humans, tryptophan is not stored for long periods and therefore has the lowest concentration in the body among all the amino acids. However, only small amounts of tryptophan are required [1].

Why Is It Important?

Tryptophan is converted to 5-hydroxytryptophan (5-HTP) in the brain, which produces serotonin [2, 3].

Tryptophan absorption into the brain is influenced by diet.

A high carbohydrate, low protein diet will release insulin, which ultimately increases the absorption of tryptophan into the brain and can, therefore, increase serotonin. This is the mechanism by which eating carbs may increase serotonin [4].

However, higher protein diets usually have higher tryptophan, which can cancel out the effect from the BCAAs.

Tryptophan produces melatonin in the brain (pineal gland), the gut, the retina, and immune cells. Melatonin regulates the circadian rhythm and sleep patterns and is used as a supplement itself to help people sleep [5, 6].

A study of 5 healthy volunteers showed that L-tryptophan supplementation increased average total sleep. All of them noticed some form of drowsiness a half hour before sleep [7].

In a study on 7 insomniac patients, L-tryptophan supplementation increased total sleep (by 28%). The supplementation also decreased early-morning wakefulness by an average of 37 minutes [7].

The above findings stem from small clinical trials and thus require further investigation.

The breakdown of tryptophan via the kynurenine pathway is affected by the phase of the menstrual cycle, which can also indirectly affect serotonin production. After ingesting tryptophan, kynurenine was 40% higher during the luteal phase than in the follicular phase [11].

In a study of 37 patients, L-tryptophan supplementation (6 g daily) improved the following symptoms in women suffering from premenstrual dysphoria (a severe type of PMS) [12]:

Mood improved by 34.5% in those given L-tryptophan supplements.

A study of 16 people trying to quit smoking showed that L-tryptophan and a high-carbohydrate diet along with regular smoke-ceasing therapies decreased anxiety and withdrawal symptoms. People given tryptophan supplements smoked fewer cigarettes compared to placebo. Further research is warranted [13].

No valid clinical evidence supports the use of grape seed extract for any of the conditions in this section. Below is a summary of up-to-date animal studies, cell-based research, or low-quality clinical trials which should spark further investigation. However, you shouldn’t interpret them as supportive of any health benefit.

In a study of 24 patients, clomipramine (a drug for depression) and L-tryptophan were more effective in improving depressed mood, suicidal intent, and anxiety compared to clomipramine alone [16].

A meta-analysis of tryptophan’s effects on depression confirmed some positive effects, but the authors underlined the low evidence quality (only two trials included) and avoided making conclusions [17].

A study of 6 depressed patients showed that L-tryptophan supplementation did not help and the patients needed further treatment before release [18].

Depressed patients often have problems creating serotonin from tryptophan. Instead, they create other metabolites such as quinolinic acid, which can be toxic. For these patients, tryptophan supplementation may not help [19].

When tryptophan is converted to kynurenine and not serotonin, depression may worsen. Some kynurenine metabolites are toxic and animal models have shown increased depressive symptoms with increased kynurenine [20].

Due to low-quality evidence and some conflicting results, further trials should clear up the potential benefits of tryptophan for depressive disorders.

In a small study of five patients with mania, L-tryptophan supplementation improved the treatment with chlorpromazine hydrochloride (CPZ) and reduced side effects [21].

In 24 patients with acute mania, L-tryptophan supplementation decreased manic symptoms by 43% outperforming a previous treatment with lithium (41%). Those who stopped receiving tryptophan showed worsening of the symptoms [22].

However, in a clinical trial done on 10 female mania patients, the L-tryptophan supplementation did not perform better than placebo [23].

More studies are needed to clear out these conflicting results.

In a study of 15 healthy volunteers, those receiving L-tryptophan supplementation ate 20% fewer calories and ate more proteins than carbohydrates [24].

A rat study showed that after 24 hours of fasting, the rats given L-tryptophan not only ate less on their first meal, but also their meal intervals were longer [25].

Moreover, reduced tryptophan levels and absorption into the brain might also be responsible for carbohydrate cravings [4].

A study of 24 patients with dementia showed that serotonin levels in the brain were significantly lower in dementia patients compared to healthy people [26].

In a study on twelve sportsmen, those given L-tryptophan supplements had their total exercise time improved by 49.4% [27].

The supplement lowered the athletes’ perceived exertion, most likely due to the increased pain tolerance [27].

In 20 volunteers, L-tryptophan (300 mg, twice a day for 3 days) improved power output during the last 20 minutes of exercise when added to a sugar and electrolyte drink [28].

On the other hand, it had no effects on performance in 10 endurance athletes. Further research is warranted [29].

L-tryptophan is possibly unsafe in medicinal amounts. It has been linked to over 1500 reports of eosinophilia-myalgia syndrome (EMS). In 1990, health authorities recalled L-tryptophan from the market due to these safety concerns [30, 31, 32].

However, this was because one company in Japan made contaminated products, which caused the outbreak. After this was caught and fixed, the FDA lifted the ban in 2001 [1].

Tryptophan is widely available as a dietary supplement. Other potential side effects are milder and include [33]:

Due to its sedative effects, tryptophan may interact with all sedative drugs (CNS depressants) such as benzodiazepines and barbiturates [14].

In one study, combining L-tryptophan with a monoamine-oxidase inhibitor (MAOI) improved the effects of L-tryptophan alone [39].

The use of L-tryptophan with MAOI has also led to extreme mania in some cases [41].

Tryptophan supplements may interact with anti-cough drugs such as dihydrocodeine, noscapine, and dextromethorphan [42].

A study of 40 patients and 14 healthy subjects showed that liver cirrhosis blocks tryptophan breakdown increasing its concentration in the blood by 3-fold [43].

Therefore, people suffering from social anxiety disorder may do worse with tryptophan supplementation [44, 45].

In patients with chronic hepatitis C virus, a tryptophan metabolizing enzyme (indoleamine 2,3-dioxygenase) is compromised, most likely due to polymorphisms in the IL28B SNP [46].

A study on the IL28B SNP proved that it controls the metabolizing rate of tryptophan. Patients with the C/C genotype at the IL28B SNP have the highest tryptophan breakdown rate while those with the T/T genotype have the lowest [46].

The below doses may not apply to you personally. If your doctor suggests using a grape seed extract supplement, work with them to find the optimal dosage according to your health condition and other factors.

While the usual dosage of L-tryptophan is 500 mg, many people take more and the supplement’s instructions recommend 3 pills before bedtime.

Less than 8 grams per day for 8 weeks shouldn’t produce any side effects. However, an upper limit for tryptophan supplementation is still uncertain [40].

According to user experiences, tryptophan supplementation relieves many symptoms, such as anxiety, panic, and depression.

But, most people said that tryptophan helped with their insomnia.

Many users say that the supplement has changed their lives for the better. One user suffering from anxiety and panic attacks that had tried previous medications such as Paxil, Prozac, Celexa, and Clonazepam has scrapped all these for the L-tryptophan.