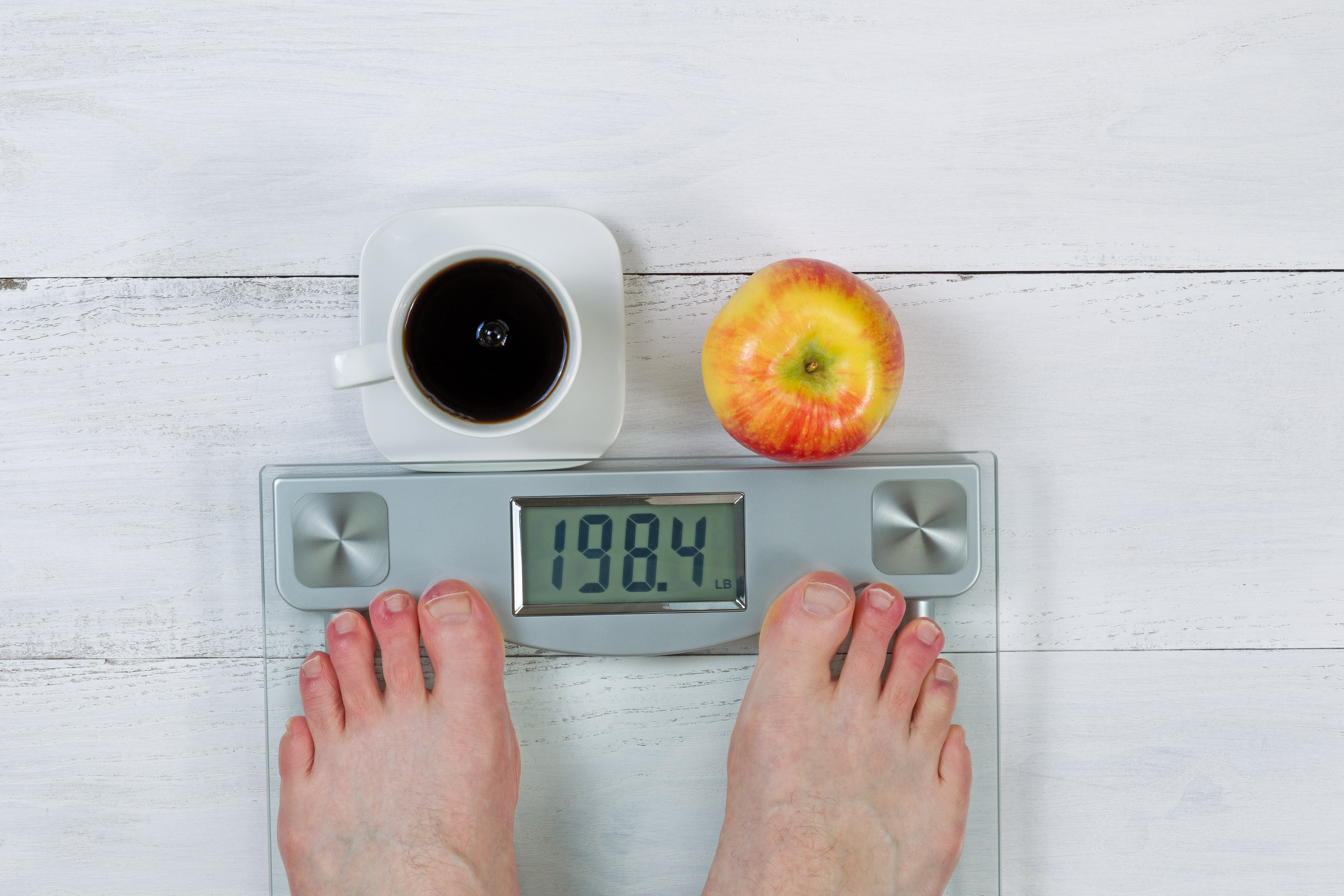 Vinegar has been used for wounds and other ailments since the time of Hippocrates, but is there evidence to back up these uses? Read on for more about the potential health benefits of vinegar.

Historically, vinegar has been used as a preservative or as an acid for cooking. Like some of the other foods we love, such as cheese, yogurt, and wine, vinegar is also made with the help of microorganisms that ferment sugars and convert them into acetic acid [1].

Vinegar is a liquid consisting of about 5 to 20 percent acetic acid, water, trace elements, and, in some cases, flavorings. It has been used as a treatment for many different ailments since the time of Hippocrates, around 420 B.C. [1].

Diluted acetic acid by itself is not considered vinegar because vinegar contains other minerals, vitamins, and amino acids. Other bioactive products in vinegar include gallic acid, catechin, epicatechin, and caffeic acid.

Vinegar is made from different fruits, rice, barley, and other foods that are high in sugar. Some examples are rice wine vinegar, apple cider vinegar, white distilled vinegar, balsamic vinegar, and fruit vinegar. Depending on the type, they can have different levels of acidity.

Different vinegar types are more popular in different countries and areas of the world. The one common theme amongst all vinegar is its beneficial properties and antioxidants.

Vinegar is made by the fermentation process involving the yeast, Saccharomyces cerevisiae, and Acetobacter bacteria.

For antihypertensive effects, the proposed mechanism is that acetic acid acts directly on renin activity, which causes a decrease in Angiotensin II. This subsequently reduces blood pressure [2].

The method through which vinegar improves glycemic levels is not fully known. However, researchers believe the mechanism occurs after the translation of sucrase/lactase/maltase enzyme complexes [1].

Vinegar is thought to affect glucose levels by delaying the rate of gastric emptying. The acetic acid in vinegar also seems to suppress disaccharidase activity and increase glucose-6-phosphate levels in skeletal muscle. Therefore, it is thought that vinegar may also prevent carbohydrate breakdown, similar to the prescription drug acarbose (Precose) [4].

While the benefits in this section have multiple clinical trials behind them, it’s important to note that the FDA has not approved any vinegar product for any medical purpose or health claim. Vinegar is a safe component of many foods, but we still recommend talking to your doctor before using vinegar as a supplement.

In another study of eleven healthy adults, the addition of vinegar to a high-glycemic meal significantly reduced post-meal blood sugar [6].

In rats, blood glucose levels were significantly reduced when vinegar was fed in conjunction with corn starch. In humans, the results were not as pronounced. However, the area under the insulin response curve was reduced by 20 percent after the subject was administered 50 g of sucrose and 60 mL of vinegar [1].

In theory, vinegar could be a potential treatment to slow the progression of diabetes. In a cell study, vinegar increased insulin-stimulated glucose uptake, allowing insulin to do its job better and enhancing carbohydrate metabolism [8].

Additional human trials will be required to determine whether vinegar can really help control blood sugar, especially in diabetic patients.

Vinegar is slightly effective at inhibiting the growth of Staphylococcus aureus and Pseudomonas aeruginosa on wounds as a surface cleaning solution. However, many experts advise against using vinegar to clean a wound because the acidic solution may do more harm than good to the injured tissue [1].

In the context of killing microbes, vinegar may be most useful for cleaning vegetables before food preparation [1].

Vinegar is used in remote, poorly sourced locations as a mechanism for screening women for Human Papillomavirus (HPV) infection [11].

When the acetic acid in vinegar comes in contact with the viral lesions associated with HPV, it alters them, allowing midwives to detect infection with 77 percent sensitivity [12].

A preliminary study suggests that local excision plus a brief application of 99 percent acetic acid with rapid neutralization with sterile water under local anesthesia was effective in treating multiple genital warts in women with an acceptable rate of recurrence of 13.3 percent [13].

These treatments are used in remote locations with poor access to conventional healthcare. Better and more reliable treatments are available at medical facilities across North America, Europe, and many other parts of the world. Do not, under any circumstances, attempt to treat genital warts with vinegar.

Some people use vinegar to suppress lice, nail fungus, and warts. However, very little evidence supports these uses, and more effective treatments are available. Do not attempt to treat these conditions with vinegar [1].

The benefits in this section have been observed in at least one clinical study, but the results have yet to be reliably repeated. Again, the FDA has not approved vinegar for any medical purpose or health claim. If you want to use vinegar as a complement to other, better-studied strategies, talk to your doctor to determine whether it could be appropriate.

Vinegar (apple cider vinegar) may increase feelings of satiety, indicating its potential usefulness in weight control. Satiety is a feeling of fullness and satisfaction: the opposite of hunger.

In a double-blind clinical study, vinegar intake reduced body weight, body fat mass, and serum triglyceride levels in obese Japanese subjects. A daily intake of vinegar, therefore, may be helpful in the prevention of metabolic syndrome by reducing obesity [15].

According to one study in animals, cider vinegar induced a significant reduction in weight gain [16].

In mice, acetic acid also prevented body fat and liver lipid accumulation, possibly by up-regulating the expression of genes that are involved in burning fats for energy [18].

No clinical evidence supports the use of vinegar for any of the conditions listed in this section. Below is a summary of the existing animal and cell-based research, which should guide further investigational efforts. However, the studies listed below should not be interpreted as supportive of any health benefit.

We recommend talking to your doctor about other, better-studied options to achieve the health goals discussed in this section.

Vinegar is a source of dietary polyphenols, which are antioxidants and defend against oxidative stress [1].

Animal and cell experiments have also indicated that both grain and fruit vinegar could potentially improve antioxidant capacities and reduce oxidative damage [21, 22].

Apple cider vinegar induced a protective effect against erythrocyte, kidney, and liver oxidative injury and lowered the serum lipid levels in mice fed a high cholesterol diet. The authors suggested that it may scavenge free radicals, inhibit lipid peroxidation, and increase the levels of antioxidant enzymes and vitamins in cells [23].

Rats that were fed apple cider vinegar for 19 days had a drastic reduction in total cholesterol and triglyceride levels [24].

Vinegar may modulate acid/alkaline balance and promote the growth of healthy bacteria in the stomach. In animals, the ingestion of vinegar increased the quantity of minerals and vitamins absorbed from food, possibly because several vitamins and minerals are better absorbed at lower pH (higher acidity) [26].

Kurozu, a traditional rice wine vinegar, shows a tendency to suppress cognitive dysfunction and amyloid accumulation in mice. This particular study found that vinegar might help the production of proteins like HspA1A, a protein similar to HSP70, which helps reduce amyloid formation in the brain [27].

A Japanese study found that vinegar consumption might improve cognitive function in rat models of Alzheimer’s disease and other dementias [28, 29].

A case-control study demonstrated that vinegar ingestion was associated with decreased rates of esophageal cancer [30].

Certain types of vinegar are also being investigated for their potential against leukemia, colon, lung, breast, bladder, and prostate cancer cells [34, 35].

Although vinegar’s use is considered safe by default, there are rare reports of literature regarding adverse reactions to vinegar ingestion [36].