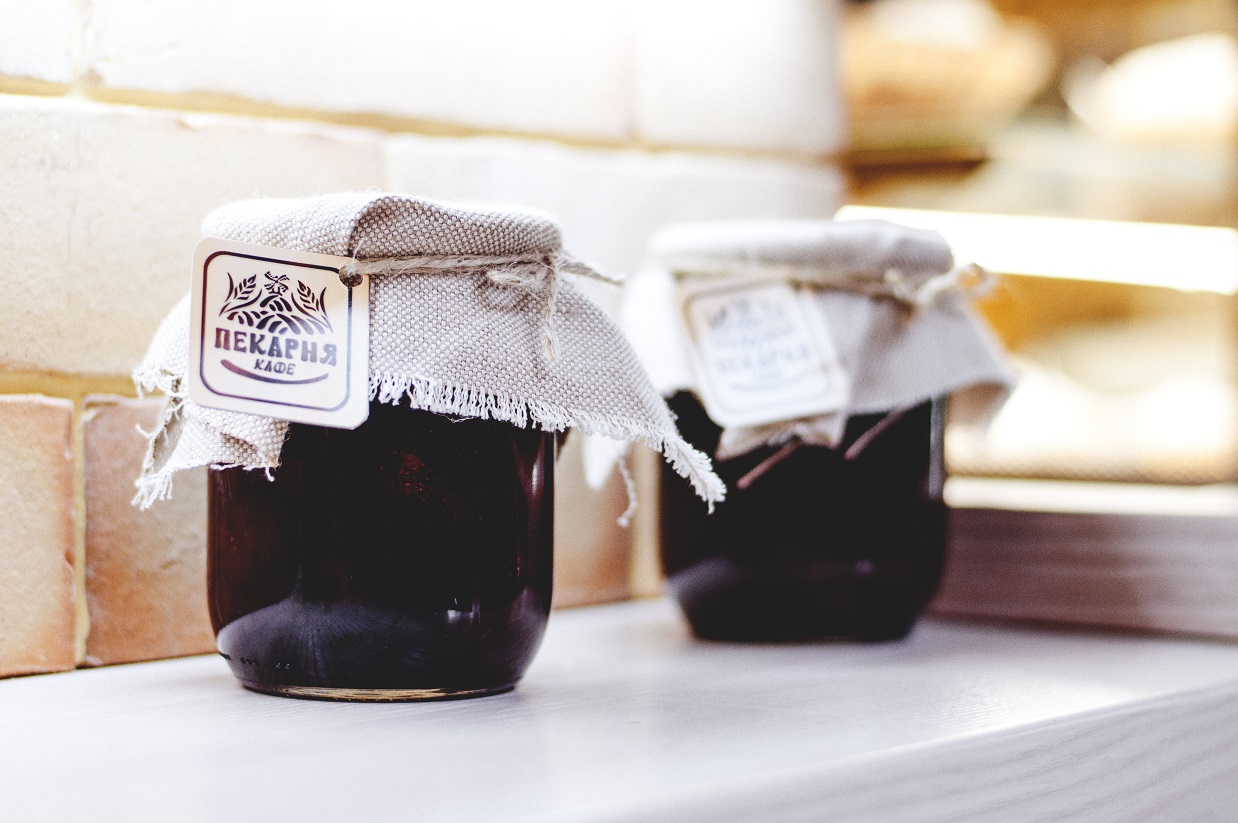 Chyawanprash has been around for thousands of years. It’s frequently taken as a dietary supplement and is one of the most popular remedies in Ayurvedic medicine. Read on to learn more about chyawanprash and how you can use it to boost your health.

Chyawanprash is an herbal jam-like medicine used in Ayurveda, a system of traditional medicine from India. It is traditionally used as a health supplement to fight everyday illnesses and to support the immune system. One of the most popular Ayurvedic medicines, chyawanprash falls under the category of drugs named “rasayana,” which are rejuvenating tonics that aim to maintain youth and delay the aging process [1, 2].

Chyawanprash is most commonly used to boost the immune system, to treat any lung or breathing problems, and to improve memory and brain function [3].

Chyawanprash is typically composed of around 50 different herbs, though the composition may vary between 25 and 80 herbs, depending on the manufacturer. However, the main ingredient, amla or Indian gooseberry, remains consistent across different formulations. According to official recipes, the amount of Indian gooseberry used is over 100 times the amount of each of the other herbs [1].

There are 44 standard herbs in chyawanprash according to the Ayurvedic Pharmacopoeia of India. For some, only the Sanskrit names are available, though the scientific name has been determined for others [1]:

Non-herbal ingredients of chyawanprash include [1]:

To distinguish their chyawanprash from competitors’, some companies add metals such as gold and silver to their formulations; this is potentially toxic in large amounts. Be sure to check the ingredients of the chyawanprash you have!

Indian gooseberry and vitamin C have both been shown to enhance memory, which could be how chyawanprash may exert its improvement on brain function and memory [5].

Brain degeneration disorders like dementia and Alzheimer’s disease are thought to be partially caused by decreases in cholinergic neurons (a certain type of brain cell). Chyawanprash may improve brain function by enhancing the activity of these brain cells [5].

Smoking can cause a variety of symptoms, including coughing in the morning, persistent phlegm, and breathlessness after exercise. Chyawanprash (12 g, 2x/day) improved symptoms and increased the quality of life in a clinical trial with 50 smokers [2+].

Tobacco smoke can also damage DNA, increasing the risk of mutations and potentially leading to cancer and other diseases. Another study of 25 male smokers found that 20 g, 2x/day of chyawanprash reduced the DNA damage from smoking [6].

Chewing tobacco or betel quid, which acts similarly to tobacco smoke, is one of the leading causes of cancer in India. In a clinical trial of 21 people, 20 g of chyawanprash, 2x/day, along with quitting betel quid chewing reduced the incidence of cancer and the toxic effects of tobacco [7].

Although promising, the evidence to claim that chyawanprash reduces the damage caused by cigarette smoke is very limited due to the small size of all 3 trials. Their results should be confirmed in larger, more robust studies.

Again, the evidence is promising but insufficient to support the use of chyawanprash to boost immunity Further clinical research is needed.

In a clinical trial of 90 people, chyawanprash (10 g, 2x/day) given with anti-tuberculosis drugs eliminated symptoms such as coughing, weakness, and loss of appetite and weight. It also reduced recovery time [2+].

Chyawanprash, taken as an add-on to conventional drugs, reduced inflammation and other symptoms in a study of 99 people with tuberculosis. It also improved the uptake of these anti-tuberculosis drugs [11].

Two clinical studies using chyawanprash in combination with conventional anti-tuberculosis drugs cannot be considered sufficient evidence to back its benefits for this condition. More clinical trials testing this Ayurvedic remedy alone are required.

Some mouse studies found that daily chyawanprash supplementation improved memory in aged mice, more so than in young mice. There was also generally improved brain function, possibly due to chyawanprash’s antioxidant properties. Chyawanprash may also improve brain function by enhancing the activity of a certain type of brain cell (cholinergic neurons) [5, 13].

Again, the evidence to support the use of chyawanprash as a cognitive enhancer is promising but very limited. Further clinical research are warranted to confirm the preliminary findings of these studies.

5) Side Effects of Anticancer Therapy

A small clinical trial and two studies in mice are clearly insufficient to claim that chyawanprash prevents the adverse effects of anticancer therapies. More clinical research is needed.

A clinical trial of 60 people showed that 10 g, 2x/day of chyawanprash could reduce depression as measured by a depression rating scale [2].

Only one clinical trial supports the use of chyawanprash to treat depression. Additional human studies on more patients are needed to validate its results.

An increased erythrocyte sedimentation rate (ESR) is a marker for inflammation, severe infection, and pregnancy. A large teaspoon of chyawanprash, 2x/day, decreased ESR in a study of 40 children with throat infections [2+].

Again, this purported benefit is only backed by a single clinical trial. Further clinical research is warranted to shed some light on the potential of chyawanprash to treat infections.

Antioxidants are substances that can prevent cell damage from oxidative stress. Vitamin C is one of the most effective and frequently taken antioxidants. A clinical study of 12 men found that chyawanprash is a more powerful antioxidant than vitamin C [16].

Because the evidence comes from a very small clinical trial and preliminary research in mice and cells, we cannot conclude for certain that chyawanprash may reduce oxidative damage until more clinical research is conducted.

In a study with 9 people, 25 g, 2x/day of chyawanprash reduced the levels of molecules associated with aging, such as urine nitrogen content [2+].

A mouse study found that chyawanprash can reduce skin damage from UV exposure [18].

As was the case for oxidative damage, the evidence to regard chyawanprash as an anti-aging remedy is insufficient and further clinical research is required.

Studies on rats and mice show that chyawanprash given before an allergic reaction can reduce the symptoms, comparable to cetirizine (a common anti-allergy drug) [10].

For the most part, there are few reported side effects to taking chyawanprash. Most clinical studies didn’t find any negative effects or toxicity [10].

However, keep in mind that chyawanprash is a practically unresearched remedy with a relatively unknown safety profile. You should consult your doctor about other potential side effects based on your health condition and possible drug or supplement interactions.

Those with diabetes should take caution when taking chyawanprash due to its high sugar content from the added unrefined cane sugar and honey.

Due to the lack of safety data, pregnant women should consult with a physician before taking chyawanprash as a supplement. Some sources online recommend reducing dosage by half for pregnant women, though no scientific studies have examined this in detail.

Some reviews mention sensations of heat after consuming chyawanprash, likely due to the strong combination of herbs in chyawanprash. Taking chyawanprash with hot milk may soothe this sensation. Again, no scientific studies have described this in detail.

There are no reported interactions between chyawanprash and other drugs. However, it’s still recommended to consult with a physician if you wish to take chyawanprash in combination with other medications due to the variety of herbs that are found in chyawanprash. Always consult your doctor before supplementing and let them know about all drugs and supplements you are using or considering.

Chyawanprash is a dark brown jam-like paste. It is usually eaten directly, or with warm milk or water.

Because chyawanprash is not approved by the FDA for any conditions, there is no official dose. Users and supplement manufacturers have established unofficial doses based on trial and error.

The typical dosage is one teaspoon (~10-15 g) of chyawanprash, 2x/day. Doses should be reduced for younger children [12].

Different classical texts and current industrial practices have modified the methods and ingredient proportions. For example, the amount of gooseberry used may vary, and the proportions and parts used of other herbs can differ. Additionally, the amount of sugar and ghee can be variable [2].

The opinions expressed in this section are solely those of chyawanprash users, who may or may not have medical or scientific training. Their reviews do not represent the opinions of SelfHacked. SelfHacked does not endorse any specific product, service, or treatment.

A majority of reviews recommend taking chyawanprash with milk, and some say it can be spread on bread or crackers as well. Many users took it to boost immunity, especially during the winter, to supplement their diet with more nutrients, and to improve energy and activity levels as they grow older. Several of them reported satisfactory results.

Some reviewers complained about the taste, which is a mixture of sweet, sour or spicy, and bitter.

One review warned users to take note of possible allergies, since chyawanprash contains many different herbs.