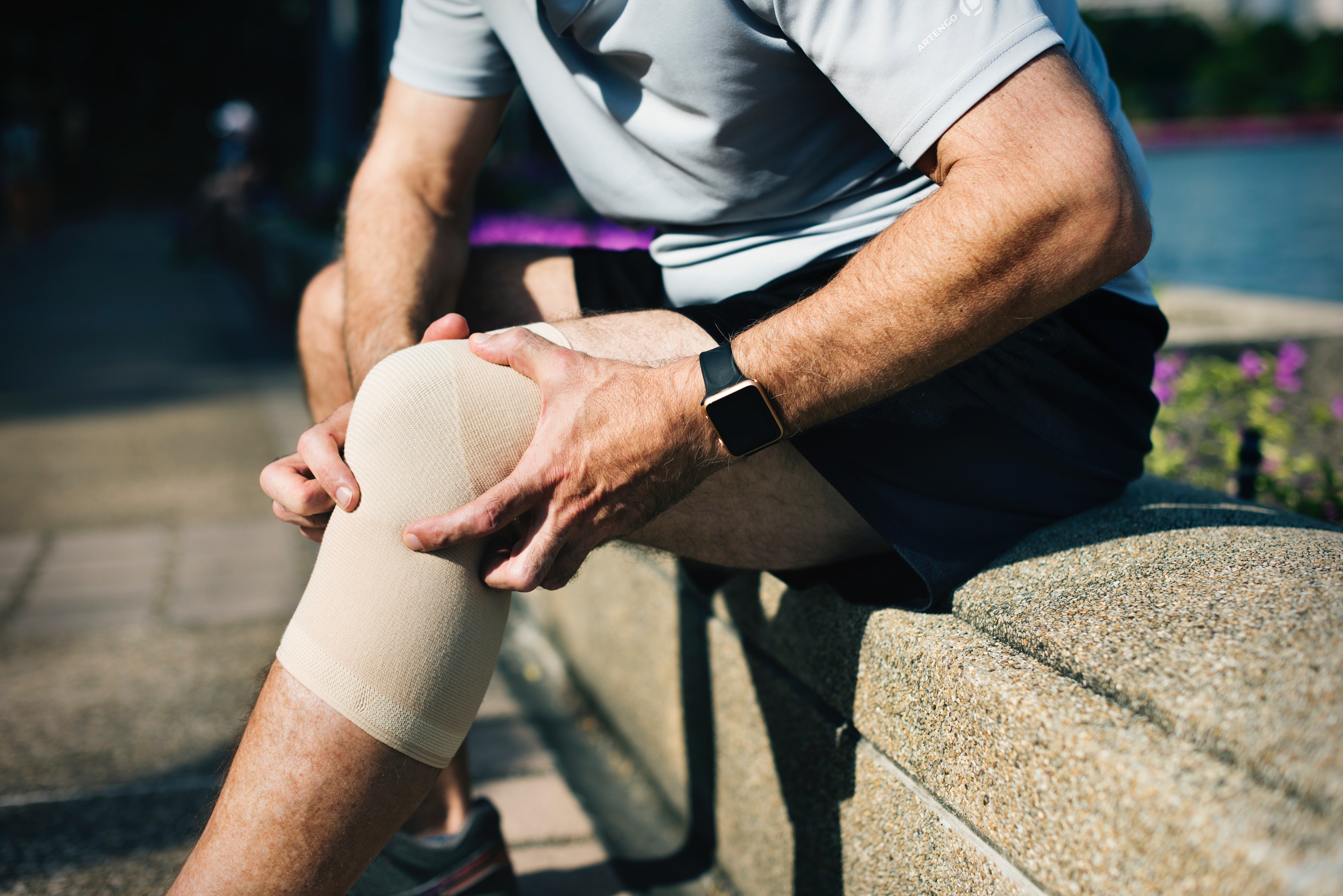 Serrapeptase is an enzyme people use to relieve pain and inflammation. However, the available studies are limited and efficacy data are lacking. Scientists are also investigating its effects on heart disease risk, excess mucus, and sperm count. Read on to see if serrapeptase is effective.

An Enzyme From Silkworms

Serrapeptase, also known as serratiopeptidase, is a proteolytic enzyme, meaning it breaks down proteins into amino acids [1, 2].

It was first isolated from gut bacteria (Serratia E15) of silkworms, which use this enzyme to break down their cocoon walls [2].

Serrapeptase is commonly marketed as an anti-inflammatory supplement. People also use it to relieve pain. However, scientific evidence is lacking to back up these purported health benefits of serrapeptase. Some clinical trials have been carried out, but all have major limitations that make their findings unreliable [3, 4, 5].

Additionally, serrapeptase supplements have not been approved by the FDA for medical use. Supplements generally lack solid clinical research. Regulations set manufacturing standards for them but don’t guarantee that they’re safe or effective. Speak with your doctor before supplementing.

Serrapeptase is an enzyme that breaks down proteins. It’s available as a supplement, but there is not enough evidence to back up its use.

Both serrapeptase and nattokinase are enzymes that cut proteins. They were both studied in rats with Alzheimer’s. A study in zebrafish suggested that serrapeptase might break down amyloid plaques better than nattokinase, but clinical trials comparing these two enzymes are completely lacking [2, 6].

Some researchers are investigating how combinations of serrapeptase and nattokinase affect biofilms, which commonly prolong infection [7].

Human studies are needed to determine the effects of serrapeptase vs. nattokinase and their combinations.

Combinations of serrapeptase and nattokinase are being researched, but clinical trials are lacking.

Some clinical evidence suggests that serrapeptase might reduce facial swelling after sinus surgery, though large-scale studies are lacking.

In 174 patients, serrapeptase reduced swelling in the cheek after sinus surgery compared to placebo [8].

In two low-quality trials, it decreased swelling in the jaw following dental operations [9, 10].

However, in a study of 150 patients who underwent dental operations, serrapeptase did not show a significant anti-inflammatory effect [11].

Therefore, evidence is lacking to support the use of serrapeptase for reducing swelling after dental surgery or soft tissue injuries.

Serrapeptase may reduce facial swelling after some types of sinus surgery.

There is insufficient evidence to support the use of serrapeptase for any of the below-listed uses.

Remember to speak with a doctor before taking serrapeptase supplements. Serrapeptase should never be used as a replacement for approved medical therapies.

Although a couple of clinical trials were carried out, there is insufficient evidence to rate the effectiveness of serrapeptase for reducing pain. All of the published studies had major limitations, such as small sample sizes and design flaws. Large-scale trials are needed to clarify their findings, which have been mixed.

Serrapeptase reduced pain in a study of 24 patients after surgery for wisdom teeth removal [9].

It also decreased pain by 64% and nighttime cramps by 53% in a study of 40 patients with inflammatory venous disease. In another low-quality study of 50 patients suffering from leg and arm injuries, it mildly reduced pain [13, 12].

However, it did not show any significant pain-relieving effects after dental surgery (150 patients) and fared worse than drugs like ibuprofen and betamethasone [11].

Although some small-scale clinical trials have been published, there is insufficient evidence to claim that serrapeptase reduces pain in localized areas of inflammation like the [14]:

Scientists are investigating whether this enzyme can impact pain pathways by preventing the release of pain-causing amines such as bradykinin [14].

It’s unknown whether serrapeptase can reduce pain due to surgery, inflammation, or injuries. Larger, better-designed studies are needed.

Reducing Mucus and Other Secretions

There is insufficient evidence that serrapeptase reduces the density of mucus and other secretions, though some early findings appear promising [14, 15].

In a study of 29 patients with difficulty breathing due to chronic bronchitis, serrapeptase improved mucus clearance. It also reduced the amount of phlegm and saliva, cough frequency, and neutrophil count. Increased neutrophils may correlate with thicker sputum and inflammation. A major limitation of this study was its open-label design, which makes the placebo effect likely [16, 17].

In another study of 193 patients with acute or chronic ear, nose, and throat disorders, serrapeptase reduced nasal secretions, difficulty swallowing, and obstructions in the nose [14].

There is not enough evidence to claim that serrapeptase dissolves and removes mucus and phlegm, though early studies point to its potential.

It’s unknown whether serrapeptase can improve breast engorgement or painful overfilling of the breasts with milk. It reduced breast pain, swelling, and hardness in 60 out of 70 patients in one study. Further clinical trials are needed to rate its safety and effectiveness [18].

Serrapeptase brought improvement in 26/40 patients with superficial thrombophlebitis (pain and inflammation caused by a blood clot in the vein). It decreased some symptoms such as pain, inflammation, and skin patches (erythema). We can’t draw any conclusions from this single study; more clinical research is needed [13].

No clinical evidence supports the use of serrapeptase for any of the conditions listed in this section.

In the lab, serrapeptase can break down fibrin, a blood clotting molecule. Scientists are exploring whether it can help remove blood clots and plaques in animals and cell culture, but human studies have yet to be carried out [21].

Other research teams are studying if serrapeprase can break down fibrin-based microbial biofilms in dishes. These biofilms stick to mucosa and other surfaces [22].

Fibrin is also responsible for creating scar tissue. Whether or not serrapeptase can reduce excess scar tissue by breaking down fibrin remains to be determined in clinical trials [23, 24, 22].

Scientists believe serrapeptase might break down fibrin, but clinical trials are lacking.

Some researchers are investigating the effects of serrapeptase on animal models of Alzheimer’s disease.

In rats, serrapeptase increased the levels of BDNF and IGF-1, both of which protect brain cells [2]. It also reduced the activity of inflammatory markers, TGF-beta and IL-6, which may be high in Alzheimer’s patients [2].

Amyloid-beta plaques and low acetylcholine have been linked with Alzheimer’s. Scientists are studying how serrapeptase affects amyloid plaques in zebrafish and levels of acetylcholinesterase, an enzyme that breaks down acetylcholine, in animals [2, 6].

The effects of serrapeptase on Alzheimer’s disease in humans are unknown.

According to one hypothesis, dead cells and tissues (cellular debris) cause inflammation by overstimulating the immune system. Some scientists believe that serrapeptase may promote the breakdown of this debris, theoretically helping to drain fluid and harmful substances from the inflammatory site. This hypothesis remains unproven [25, 21].

Some cell culture studies have focused on how serrapeptase may affect:

These mechanisms have not been explored in humans.

Despite the popular opinion, there is no scientific evidence to back up the use of serrapeptase in:

Despite its wide usage as a drug and supplement, clinical studies proving serrapeptase effectiveness for pain and inflammation relief are limited. Larger, better-designed trials should confirm its benefits. In addition, research on the side effects and long-term safety of this enzyme is lacking [26].

Serrapeptase Side Effects and Dangers

Keep in mind that the safety profile of serrapeptase is relatively unknown, given the lack of well-designed clinical studies. The list of side effects below is not a definite one, and you should consult your doctor about other potential side effects, based on your health condition and possible drug or supplement interactions.

When taken orally, serrapeptase can cause anorexia, nausea, and disturbances in the gut [27].

Other possible side effects include [21]:

Although rare, cases were reported when serrapeptase caused pneumonia. Three adults saw worsening of their symptoms and development of pneumonia. Stopping the treatment reduced pneumonia symptoms [28, 29, 30].

Serrapeptase has been reported to cause painful swelling in the abscess area (pus collection) in patients with abscesses, especially in the cheek area [31].

Serrapeptase may cause nausea and other digestive issues. Rare cases of pneumonia have also been reported.

Combining serrapeptase with drugs such as warfarin, clopidogrel, and aspirin, or natural substances such as garlic, fish oil, and turmeric may theoretically increase the risk of bleeding and bruising. Caution is advised [32].

Most clinical studies use serrapeptase in a dosage of 30 mg/day (ranging from 10 to 60 mg/day). The daily dosage is usually divided into three equal parts throughout the day [32].

Some supplement manufacturers recommend taking serrapeptase on an empty stomach or 2 hours after eating and not eating anything for the next 30 minutes. Their rationale is likely to avoid food-supplement interactions that can affect absorption. But in the case of serrapeptase, the outcome of this approach hasn’t been tested [21].

Serrapeptase gels or ointment for the skin are also available. These forms are typically used for localized treatments but serrapeptase topicals have not been adequately researched. The optimal strength of these gels and ointments is, therefore, unknown [27].

The average serrapeptase dosage in clinical trials was 30 mg/day, ranging from 10-60 mg/day.

Reviews of serrapeptase are fairly mixed. Serrapeptase has helped some people with inflammation and pain, but they did mention that other drugs seemed to work better.

Most users take it for joint pain and swelling. Reported side effects include fatigue and headaches.

Serrapeptase is an enzyme that breaks down proteins. Many brands market it as an anti-inflammatory supplement, although evidence does not back up this purported benefit.

Insufficient evidence supports its use for relieving pain and swelling due to injuries, inflammation, surgery, and other conditions. Similarly, there is not enough evidence to rate its effectiveness for dissolving mucus, preventing scarring, or fighting infections.

The typical dosage in trials was 30 mg/day, ranging from 10-60 mg/day. Serrapeptase may cause nausea and other digestive issues. Serious side effects are rare.

The Importance of Real Vitamin A (Retinol)