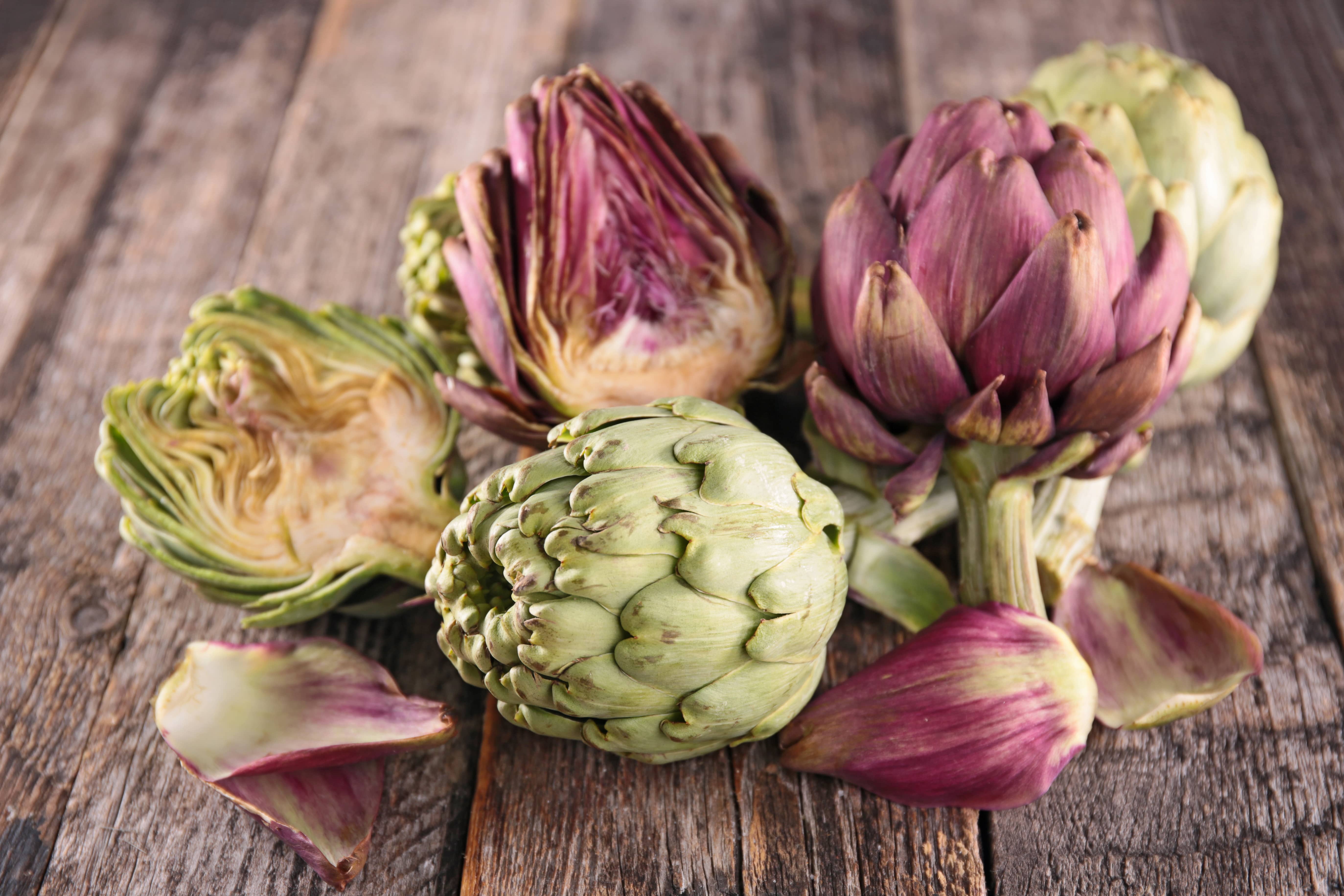 Artichoke is a nutritious food with potent antioxidants and prebiotics. Its extract may help with digestive issues, protect the liver, and prevent heart disease. Read on to learn more about the potential health effects of artichoke extract.

What Is Artichoke Extract?

Artichoke extract is obtained from globe artichoke (Cynara scolymus) or cardoon (Cynara cardunculus) plants. It has been historically used to treat stomach problems, gout, and diabetes [1].

Artichokes have a high mineral content. They also contain vitamin C, fiber, inulin, and polyphenols. Its composition depends on the part of the plant, as well as on other factors such as the variety, type of soil, and climate. The edible parts (the artichoke’s heart) contain more nutrients than the leaves [2].

Polyphenolic active compounds are mainly found in the leaves. Thus, artichoke leaf extracts have more potential health benefits than eating the artichoke as a vegetable [1].

Artichoke extracts are mainly used in herbal medicine to help lower cholesterol, protect the liver, and fight against bacteria and fungi [3].

There are two types of artichoke extracts that can be used:

Artichoke extract can be used alone or combined with other herbs. It can also be used to prepare herbal teas and medicinal products [1].

In 2 clinical trials on over 700 people with indigestion, oral globe artichoke leaf extract improved the symptoms and quality of life. The extract was especially effective in easing fullness and reducing flatulence. However, it was barely more effective than the placebo in reducing pain and nausea caused by indigestion [8, 9].

In a small trial on 11 healthy volunteers, a standardized combination of artichoke and ginger extracts for indigestion stimulated stomach emptying [11].

Inulin, a starchy substance found in artichoke, balances the intestinal microbiota. In a clinical trial on 32 healthy volunteers, daily consumption of inulin derived from globe artichoke extract increased beneficial microorganisms in the gut [7].

Most of the effects of inulin are caused by the metabolites produced by bacteria that use inulin for energy. For instance, SCFA acidifies the colonic environment. This promotes the growth of healthy bacteria such as bifidobacteria and lactobacilli, while inhibiting potentially harmful species [7].

What’s more, the particular micro-architecture of artichokes makes them an ideal environment for the growth of a probiotic bacterial strain (Lactobacillus paracasei LMGP22043). In a clinical trial on 20 healthy people, eating artichokes favored the colonization of the gut by this probiotic while reducing the growth of potentially harmful E. coli and Clostridium. Artichokes enriched in this probiotic were beneficial to constipated patients in another trial on 20 people [13, 14].

Irritable Bowel Syndrome (IBS) is a gastrointestinal disorder that affects 22% of the population. Some symptoms include stomach pain, diarrhea, flatulence, and constipation. Many factors contribute to IBS: abnormal gut movement, imbalanced intestinal microbes, genetic factors, inflammation, and immune disorders, among others [15, 16].

In a clinical trial on over 200 people with IBS, the symptoms (both constipation and diarrhea) decreased significantly after 2 months of treatment with globe artichoke leaf extract capsules [17].

In a survey of almost 300 IBS patients who took globe artichoke leaf extract, 96% rated the extract as better than or equivalent to previous IBS therapies, such as antidiarrheals, laxatives, and antidepressants [15].

Both globe artichoke extract and its compound cynaropicrin stop muscle spasms in the gut. In guinea pig intestines, these artichoke extract constituents inhibited gut contractions, which may help reduce stomach pain and diarrhea [18].

All in all, the evidence suggests that artichoke extract may improve digestive issues such as indigestion or IBS and promote a healthy gut flora.

Artichoke extracts’ antioxidant effects may also reduce the amount of plaque in the arteries by inhibiting LDL oxidation [1].

In a study on over 100 people with mildly high blood pressure, taking artichoke juice capsules for 12 weeks lowered blood pressure [28].

Data from cellular and animal studies suggest that artichoke extract can increase the levels of activity of NOS3, an enzyme that produces nitric oxide. Nitric oxide lowers blood pressure by widening blood vessels [29, 1].

In addition, the globe artichoke has a higher concentration of potassium than sodium. This could be beneficial in preventing high blood pressure [2].

Taken together, the evidence suggests that artichoke extract may reduce the risk of heart disease by lowering blood cholesterol and pressure. You may take it as an add-on to your treatment regime if your doctor determines that it may help in your case. Never take artichoke extract in place of what your doctor recommends or prescribes.

Artichoke leaf extract failed to reduce liver damage in a clinical trial on 17 people with chronic hepatitis C. However, the extract of wild Egyptian cardoon did reduce viral load and liver damage in 12 out of 15 people with this disease in another trial [33, 34].

Artichoke, especially the leaves, contains high levels of many antioxidant compounds, the main ones being chlorogenic acid, cynarin, and luteolin [3].

In a clinical trial on 22 rowers subjected to strenuous training, consuming artichoke leaf extract improved their total antioxidant capacity. However, it was insufficient to reduce oxidative damage to red blood cells [36].

In another trial on 80 people with metabolic syndrome, supplementation with artichoke leaf extract reduced the levels of oxidized LDL but didn’t improve any of the other antioxidant parameters tested (total antioxidant capacity, MDA production, and glutathione peroxidase and superoxide dismutase levels) [37].

In cell-based studies, globe artichoke extract protected the cells against hydrogen peroxide-induced oxidative stress. It reduced the release of prostaglandin E2 (PGE2), a marker of inflammation and oxidative stress [38].

Two small clinical trials with modest results and a study in cells are insufficient to claim that artichoke extract has antioxidant effects in humans. Larger, more robust clinical trials are needed.

In a study of 39 overweight patients, the supplementation of kidney bean and globe artichoke extract for 2 months helped lower fasting glucose but not insulin levels [39].

In another trial on 80 people with metabolic syndrome, artichoke leaf extract lowered blood insulin levels and insulin resistance but only in those with a certain TCF7L2 polymorphism (the TT variant at rs7903146) [40].

The combination of artichoke and bean extract also lowered glucose levels in rats. The two extracts acted independently, but their combination had synergistic effects [41].

One possible mechanism for artichoke’s glucose-lowering activity is the inhibition of α-glucosidase, which is an enzyme that breaks down starch into glucose [42].

Again, the evidence is insufficient to support the use of artichoke extract to lower blood sugar. More clinical trials on larger populations are needed to validate these preliminary results.

A combination of kidney bean and globe artichoke extract (combined with a low-calorie diet) helped lose weight and increase the feeling of fullness in a clinical trial of 39 overweight patients [39].

No clinical evidence supports the use of artichoke extract for any of the conditions listed in this section. Below is a summary of the existing animal and cell-based research, which should guide further investigational efforts. However, the studies should not be interpreted as supportive of any health benefit.

Lead is a dangerous heavy metal that can negatively affect human health. It builds up in the liver, kidney, and other organs and may cause physical, mental, and reproductive dysfunctions [6].

Artichoke extract protected against lead toxicity in rats. Its antioxidant activity helped reduce lead concentration in the blood and liver. This was possibly due to the chelating properties of cynarin, chlorogenic acid, and caffeoylquinic acid [6].

Oxidative stress contributes to skin diseases, such as dermatitis, aging, and skin cancer. A reduction in reactive oxygen species can prevent DNA and cellular damage [43].

In another test, artichoke leaf extract exhibited strong activity against bacteria, including those that may cause food poisoning and diarrhea (E. coli and Salmonella typhimurium) and hospital-acquired infections (Staphylococcus aureus and Pseudomonas aeruginosa) [45].

Note, however, that these are very preliminary results that haven’t been replicated in humans and even in animals. Further clinical research is needed to determine if artichoke extract may be of any use in preventing or fighting the infections caused by these microorganisms.

Artichoke extract is generally safe when taken at normal doses. Mild adverse effects such as sweating and digestive issues were rarely reported in clinical trials [33, 19, 9].

However, full safety testing has not yet been completed [1].

In cell-based and animal studies, high doses of artichoke leaf extract damaged the cells and their DNA [46].

Inulin in artichoke is a FODMAP (fermentable oligosaccharides, disaccharides, monosaccharides, and polyols). People who are sensitive to FODMAPs may be intolerant to artichoke extracts or other supplements that contain inulin. Some side effects include bloating, flatulence, a feeling of weakness, and hunger [30].

Artichoke belongs to the daisy/Asteraceae family. People who are allergic to dandelions or other plants of this family might also be allergic to artichoke.

People with gallstones or bile duct occlusion should not take artichoke extract because it stimulates bile acid production [1].

The opinions expressed in this section are solely those of artichoke extract users, who may or may not have medical or scientific training. Their reviews do not represent the opinions of SelfHacked. SelfHacked does not endorse any specific product, service, or treatment.

Most users took in artichoke leaf extract to improve digestive issues such as IBS and indigestion. Many of them were satisfied and reported better digestions after taking it.

Other people took it to improve bile production in case of liver disease (such as fatty liver disease or hepatitis). Often, they were satisfied with the results.

No adverse effects were reported. However, some dissatisfied users complained that the extract didn’t work in their case.

Supplements (other)
0
What is GABA? Function, Receptors & Supplements
Herbs
4.3
54
25 Purported Ashwagandha Root Benefits
Herbs
1
5 Rooibos Tea Benefits + Side Effects & How to Use