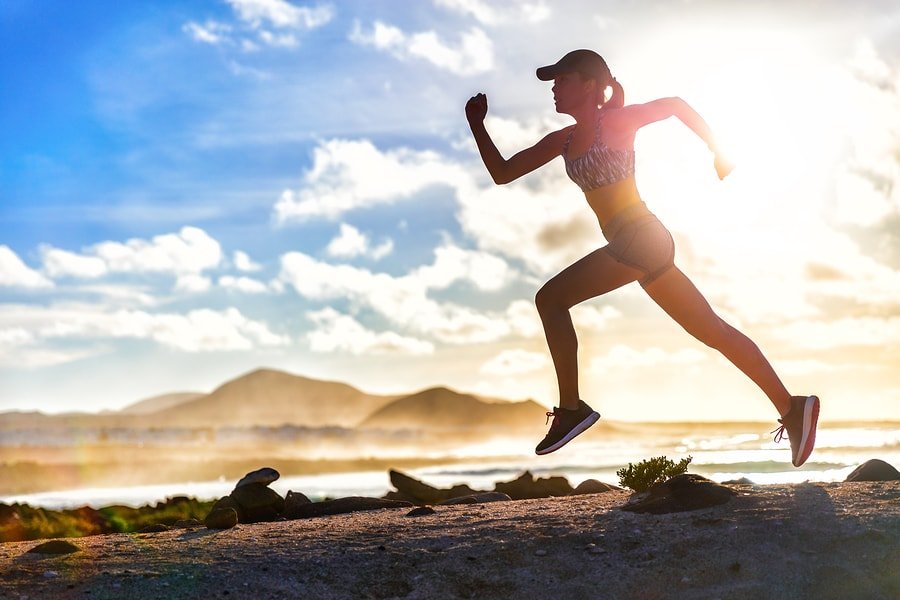 Trimethylglycine (TMG), or betaine, may lower homocysteine levels. It’s being researched for improving heart health and exercise performance. However, it can also increase cholesterol levels and its long-term safety is unknown. Read on to uncover the evidence and possible side effects of this supplement.

Trimethylglycine (TMG) is a compound found in beetroot and other plants and animal foods. It was originally known as betaine because it was first discovered in sugar beets. However, TMG is one of the many betaines that have since been identified [1].

Scientists are investigating whether TMG can protect cells from stress and act as a source of methyl groups [1].

TMG is also known as betaine, glycine betaine, lycine, and oxyneurine. People consume TMG normally in their diet, though supplements are also available. TMG is also produced by the body from choline [2].

TMG supplements, commonly referred to as betaine anhydrous, have not been approved by the FDA for medical use. Supplements generally lack solid clinical research. Regulations set manufacturing standards for them but don’t guarantee that they’re safe or effective. Speak with your doctor before supplementing.

Betaine hydrochloride (Betaine HCl) is made out of betaine (TMG) and hydrochloric acid. It is a supplement that allegedly increases stomach acid [3].

TMG has many purported health benefits. Some brands claim it protects the liver, heart, and kidneys, and can enhance physical performance. However, solid data is lacking to back up most of these claims [1].

TMG, also known as betaine, is a compound found in beetroot and some other foods.

Additionally, by donating a methyl group, scientists think TMG may help produce S-adenosylmethionine and protect against oxidative stress with its antioxidant effects [6, 7].

Researchers call TMG an osmolyte/osmoprotectant, which means that it keeps cells hydrated and increases stress resilience. In lab settings, it can stabilize proteins and membranes when environmental conditions are bad, such as drought, low temperatures, and high salt levels [8].

A couple of studies suggest that TMG helps cells adapt to stress. It may protect against premature programmed cell death (apoptosis) [8, 1].

TMG cell hydration and protection may improve glucose breakdown and lactate productivity, which might result in greater energy production during exercise [9].

Researchers believe that TMG might protect cells and increase their energy production by its hydrating (osmolyte) action.

Homocystinuria is an inherited (genetic) disorder of methionine metabolism that results in high homocysteine levels in the urine.

Anhydrous betaine or TMG is FDA-approved for reducing urine homocysteine in people with this group of disoders.

According to one study, it lowers blood homocysteine levels by 20% to 30% in several types of homocystinuria [10].

TMG’s osmolyte properties may protect the mouth from chemicals and other mouth irritants [11, 12].

In a review of 74 clinical trials, high choline and TMG intake were associated with lower blood inflammatory markers [14].

Because choline is a precursor to TMG, increased choline intake can lead to higher TMG blood levels. TMG then lowers homocysteine, which improves the mitochondrial membrane and protects cells from oxidative stress and inflammation [14].

Although TMG intake is not associated with heart attack incidence, long-term consumption has been linked with fewer heart disease-related deaths. Additional studies are needed [14].

There is insufficient evidence to support the use of TMG for any of the below-listed uses.

Remember to speak with a doctor before taking TMG supplements. TMG should never be used as a replacement for approved medical therapies.

TMG is a common ingredient in workout supplements.

Studies indicate that TMG supplementation to improve physique may help only when accompanied by exercise [15].

In a meta-analysis (of 7 RCTs), two studies reported increases in power and strength. The authors concluded that additional studies are necessary to evaluate its effectiveness [16].

In a study (DB-RCT) of 23 experienced strength-trained men, long-term TMG supplementation during an exercising training program (6 weeks) improved body composition. The men had significant increases in lean mass and decreases in body fat [15].

Large-scale, high-quality studies are needed to confirm this purported benefit.

However, these studies only investigated the link between TMG blood levels and diabetes or insulin resistance. The effects of TMG supplements in humans remain unknown.

Clinical trials are needed to determine the effectiveness and safety of TMG in people with diabetes and/or insulin resistance.

In a meta-analysis of 14 trials, high TMG and choline consumption contributed to cancer prevention and lowered the risk of developing cancer. The authors emphasized that further studies are needed to verify the results [22].

In a study of 1,500 breast cancer patients, a higher dietary intake of TMG was associated with fewer deaths from cancer. However, it did not affect the risk of developing breast cancer [23].

Until large-scale studies are conducted, the effects of TMG on cancer prevention remain undetermined.

In 45 depressed patients who responded poorly to antidepressants, SAMe and TMG used as add-ons to conventional treatment for 90 days improved symptoms such as anxiety and feelings of helplessness and worthlessness [24].

However, one author of the mentioned study was the main formulator of the researched SAMe + TMG supplement. Further clinical trials are needed.

TMG administration in depressed rats changed their behavior. It helped increase serotonin and norepinephrine levels in the rats’ brains, having an antidepressant effect. Human studies have not investigated the antidepressant potential of TMG alone [25].

In a study (DB-RCT) of 193 seniors, cobalamin supplementation increased TMG blood levels. This increase in TMG was associated with better reaction time, memory, and brain function [26].

Additionally, the participants with the largest increase in TMG levels had the greatest memory improvement [26].

However, these findings have not been replicated. Additional clinical trials are needed.

Some researchers believe that autistic children do not have high enough levels of the by-products that are needed for the cycle and are also vulnerable to oxidative stress [27].

In autistic children, TMG and choline deficiency contribute to low methionine and SAMe levels, which can cause abnormal gene expression [28].

Although scientists are unsure if TMG supplementation affects SAMe levels in autistic children, studies of healthy participants showed that TMG can increase SAMe [28].

However, there is insufficient information about the effects of TMG on autism. Additional studies are needed to determine if TMG is safe and beneficial.

No clinical evidence supports the use of TMG for any of the conditions listed in this section.

When TMG donates a methyl group, it helps produce S-adenosylmethionine, an antioxidant [6, 7].

In rats, TMG pre-treatment reduced oxidative damage due to stress [30].

Clinical trials are lacking to support this purported benefit.

TMG is being researched for improving non-alcoholic and alcoholic liver injuries, though the existing evidence is inconclusive [21].

However, human trials do not support these findings.

In a study (RCT) of 55 non-alcoholic fatty liver disease patients, TMG did not reduce fat buildup in their livers. Even though the dosage was very high (at 20 g daily), it could only stop fat buildup from worsening and could not improve the disease [32].

Potential synergies between SAMe, TMG, and hepatitis C treatment are being researched [33].

In a study of 29 nonresponders, more than half the patients responded to the addition of SAMe and TMG to conventional hepatitis C treatment. Additional research is needed [34].

14) Effects on the Kidneys

In the kidneys, TMG’s main role is making sure the cells stay hydrated. During cellular stress, it preserves cell volume without changing cell functions [35].

Shampoos and other hair products can harm cells through osmotic stress. Since TMG is an osmolyte, it may keep hair cells hydrated and protect against environmental damage [38].

Clinical studies are lacking, though.

The effects of TMG on bone health in humans are unknown.

Common side effects include [40]:

Proper safety data are lacking. The long-term side effects and risks of TMG supplementation are unknown.

In another study (RCT) of 42 obese subjects, daily supplementation of 6 grams of TMG increased LDL (bad) and total cholesterol [42].

With this in mind, we advise people against supplementation until large-scale safety studies are carried out.

The breakdown of TMG in the body can make trimethylamine. TMG supplementation can cause a person’s urine and sweat to smell fishy [40].

Few human trials on TMG have been performed. Its potential to increase cholesterol and triglycerides is concerning. Until additional clinical studies are conducted, TMG supplements should be viewed as potentially dangerous products.

TMG supplement doses used in clinical trials ranged from 2.5 to 6 grams per day. Although some studies suggest it is safe at an intake of 9-12 grams/day, even lower TMG doses increased blood lipids. Therefore, a safe TMG dosage cannot be established [5, 15].

Limited human studies suggest that 2.5 g/day of TMG is needed to increase blood TMG levels. This has not been confirmed by proper clinical trials [16].

TMG, also known as betaine anhydrous, is a compound found in beetroot and some other foods.

It shouldn’t be confused with betaine hydrocholide, which is claimed to increase stomach acid.

By supporting methylation, TMG may prevent homocysteine from getting too high. However, many of its purported health benefits remain unproven.

TMG is FDA-approved for reducing urine homocysteine in people with a genetic disorder called homocysteinuria.

Some evidence suggests that it may also help with dry mouth and high homocysteine blood levels that have been linked with heart disease.

Preliminary data points to its potential to enhance exercise performance and body composition, but there’s insufficient evidence to warrant its widespread use in workout supplements.

TMG may cause serious side effects such as high cholesterol levels, irritability, and sleep disturbances. Until the safety profile of TMG supplements is better determined, caution is advised.

Does Deuterium-Depleted Water Have Health Benefits?